Behind-The-Scenes Pix #27: Treat Williams in THE EMPIRE STRIKES BACK 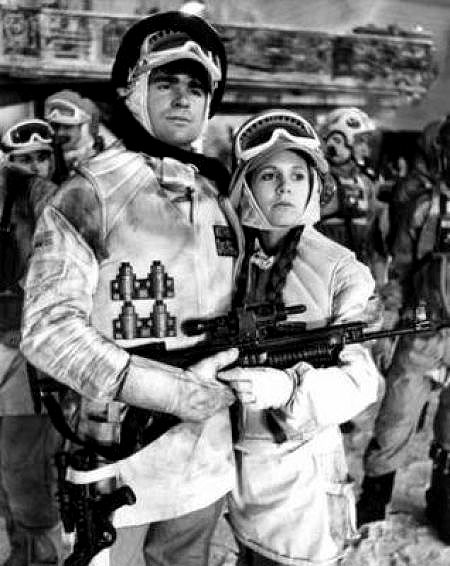 I guess a lot of you die-hard Star Wars fans already know about this, but I just discovered it last night. So... the story goes that back in 1979, up-and-coming actor Treat Williams (Prince Of The City, Flashpoint) stopped by the set of The Empire Strikes Back at Elstree Studios to visit his pal, Carrie Fisher. Just for the hell of it, the production staff dressed him up as rebel officer, and he spent the day as an uncredited extra during the Echo Base (Hoth) scenes. It is believed that he is visible on screen during those sequences, but fans don't seem to agree as to where and when he might appear.

As for me, I had never heard of Williams' involvement (however minor) in the Star Wars franchise until just recently (when I found this pic), but I do know that next time I spin my Empire Blu-ray on my 55" TV, I'm going to keep an eye out for him!
Posted by Christopher Mills at 4:38 PM

Email ThisBlogThis!Share to TwitterShare to FacebookShare to Pinterest
Labels: 1980, Behind-The-Scenes, Star Wars, The Empire Strikes Back