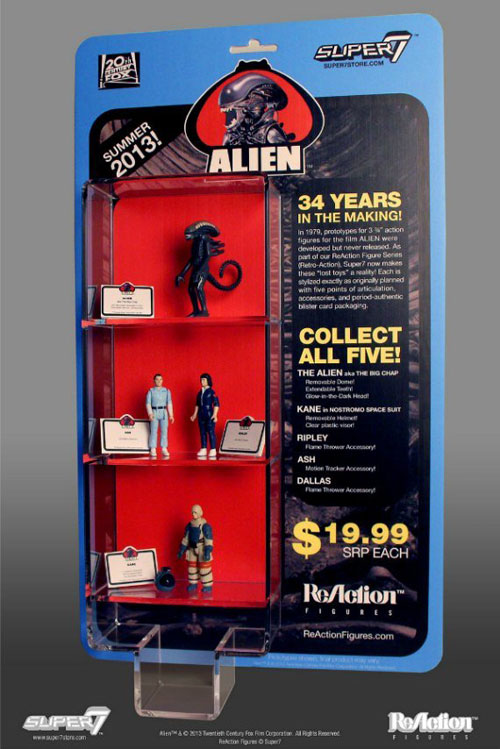 I don't often cover news about new retro-Space: 1970's era merchandise, but this one's a little different. Back in '79, Kenner inked a deal with 20th Century Fox to release a line of toys and action figures based on their new sci-fi film, Alien. That deal resulted in an awesome 18" figure of the titular xenomorph - a toy that bombed when parents found it too scary for their kids. Also, there was some controversy about making toys for children based on an R-rated horror film (collectible toys for adults was a market that didn't exist yet). Kenner reacted by cancelling their plans for a line of Alien action figures at the 3.75" size of their popular Star Wars line. 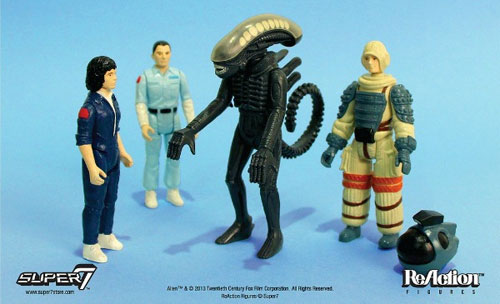 Well, after After 34 years, fans of the Alien franchise will finally be able get their hands on the abandoned toy line thanks to the folks at Super7. With the aid of collectors and toy industry employees, Super7 has acquired original reference material for the abandoned toy line from 1979 as well as 34-year-old prototypes and, with authorization by 20th Century Fox, the full series will be released this year with preorders beginning at the San Diego Comic-Con.


“Under authorization from 20th Century Fox, Super7 will produce the full series of ALIEN toys as part of our ReAction Figure Series (Retro-Action). Each is stylized exactly as items from the “golden age” of action figures with approximately five points of articulation, accessories, and period-authentic blister card packaging. 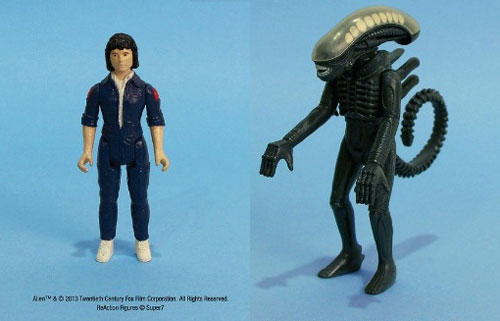 For more info and photos, check out the Super7 website.
Posted by Christopher Mills at 12:39 PM