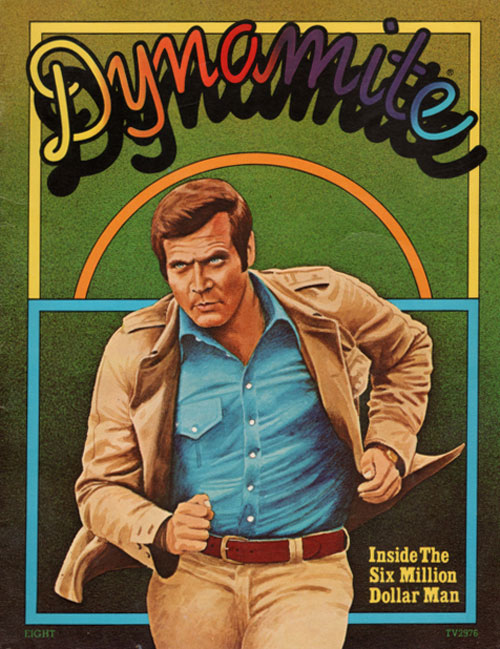 Seventies cyborg superspy Steve Austin strikes an iconic pose in this terrific Six Million Dollar Man illustration (artist as yet unknown to me) from issue #8 of Scholastic Publishing's Dynamite kids magazine, published in February of 1975.

Steve Austin once again graced the cover of Dynamite a year or so later, battling it out with The Bionic Woman, Jaime Sommers! The November 1976 issue, #29,sported this illustration - which looks to me like it could have been rendered by the same artist. Great likenesses of Lee Majors & Lindsay Wagner (even if - as a commenter points out below - they're wrestling with their non-bionic arms)!

Show of (bionic) hands, Star Kids: how many of you had these issues?
Posted by Christopher Mills at 1:18 PM