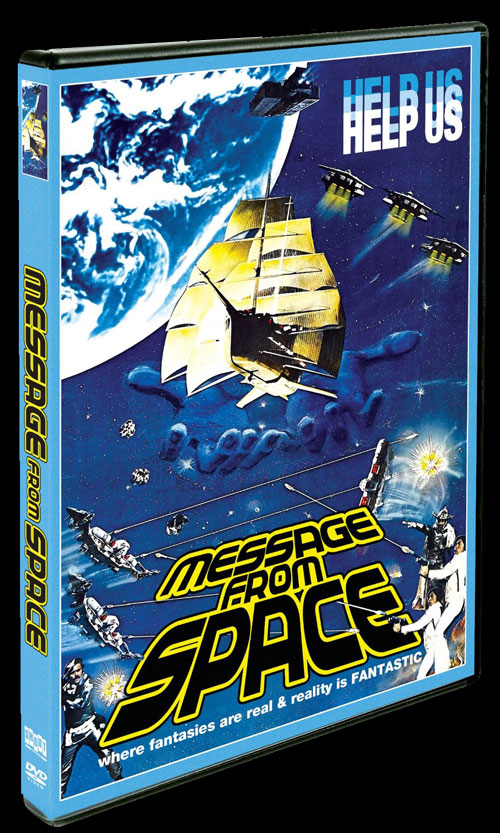 Message has been available in the U.S. on DVD from Eastern Star since 2010 (it's the version I have), which contained the Japanese print with both Japanese and English audio. (My review of that disc can be found HERE.) I haven't seen the Shout! Factory edition as yet, so I can't speak as to the picture and audio quality, but the company usually does an exceptional job on their cult releases. As to the movie itself, it's one of my favorites of the International Star Wars rip-offs, and a lot of giddy fun.

Posted by Christopher Mills at 12:19 PM

Email ThisBlogThis!Share to TwitterShare to FacebookShare to Pinterest
Labels: 1978, Message From Space, News