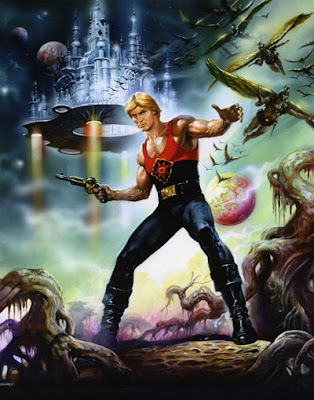 Figures. Almost to the moment that I revise and post my three year-old review of the Flash Gordon - Saviour Of the Universe Edition DVD to this blog, Universal announces that the exact same version - but in high definition - will be hitting the street in June on Blu-Ray Disc. 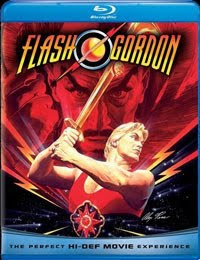 The format will be 2.2:1 1080p and 5.1 DTS-HD Master Audio. D-BOX Motion Code will be included as well as BD Live. Bonus features appear to be identical with those on the Saviour edition DVD: An interview with screenwriter Lorenzo Semple Jr., and interview with illustrator/fan Alex Ross, the first chapter of the 1936 serial with Buster Crabbe, and the original theatrical trailer. I'm assuming the promo for the now gone-and-forgotten SciFi Channel disaster will not be included this time.

from Amazon at that link now for less than twenty bucks.
Posted by Christopher Mills at 11:07 PM