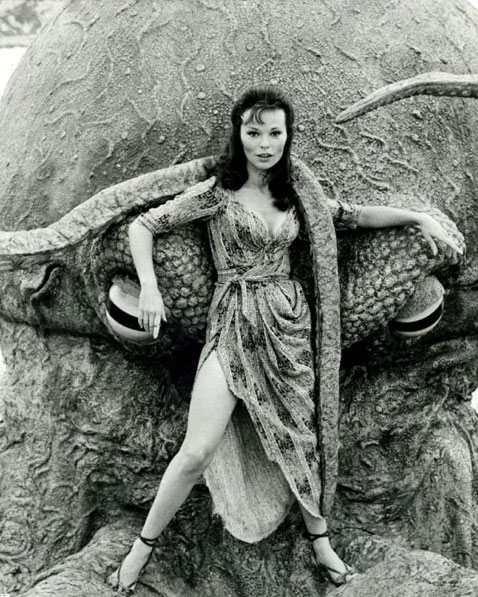 Beautiful brunette Lea Brodie as Delphine, in the John Dark/Kevin Connor production of Warlords Of Atlantis (1977). This month's Space Babe comes from inner space in the fine form of an Atlantean slave girl who comes to the aid of stranded 19th Century mariners led by stalwart Doug McClure (The Land That Time Forgot, At The Earth's Core) in this fun, Saturday matinee lost world adventure. 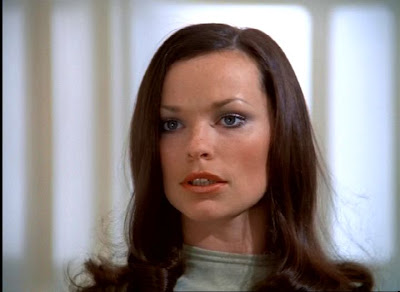 I admit it - Lea was not my original choice for August, but I just received and watched my new imported-from-the-UK Warlords Of Atlantis DVD and was struck by the beauty of the young actress, whom I immediately recognized from her role in the Roger Moore film, ffolkes. And since this is my blog, she gets this month's nod for Space Babe!

The lovely Lea (also known as Lea Dregorn) had a very brief acting career in the Seventies, appearing on British television programs (including a first year episode of Space: 1999, "Force of Life"), stage, and in a handful of feature films. She retired from acting in the 80s, and is now a spiritual and holistic healer.