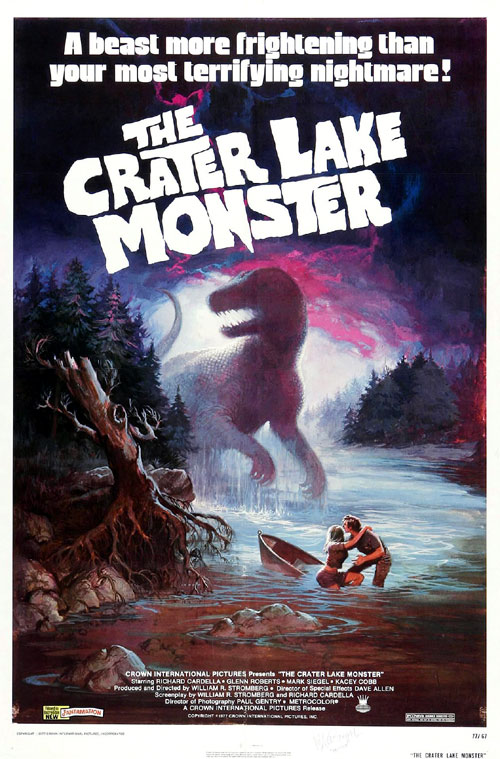 Pretty much the only good thing about Crown International Pictures' 1977 drive-in fodder, The Crater Lake Monster, is the evocative theatrical one-sheet pictured here. (I'm sure someone out there knows who the artist is.) Unfortunately, the movie itself is an ultra-cheapo bore with a no-star cast that only sparks to life during the all-too-brief instances where the titular monster is on screen.

Of course, the film's creature looks nothing like the Tyrannosaur-like beastie on the poster, instead resembling some sort of mutant plesiosaur/salamander hybrid. To be fair, the stop-motion animation in the movie, executed by David Allen, is actually pretty good - there's just not enough of it.

Surprisingly, The Crater Lake Monster is actually available on Blu-ray disc, paired up with Crown International's space spoof Galaxina. And... yeah, I own it.
Posted by Christopher Mills at 6:29 AM