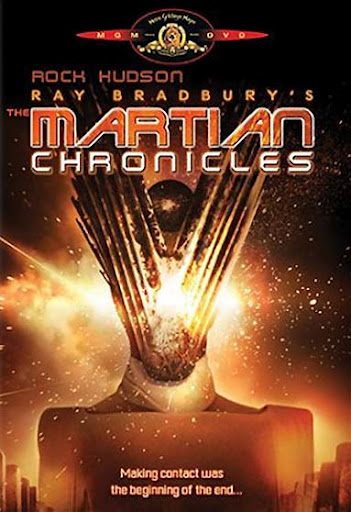 You know, if I had more on the ball, I would have recognized today's Mars Curiosity Rover landing with a full review of the 1980 television miniseries, The Martian Chronicles, based on the book by Ray Bradbury, with a screenplay by Richard Matheson, directed by Logan's Run's Michael Anderson. But I was, frankly, clueless as usual.

Instead - here are links to the two previous posts I've done on the telefilm (which I actually like a great deal, by the way), and will try to to re-watch the DVD (pictured above) and get a review posted here soon.

You can buy the DVD here (cheap!):  The Martian Chronicles

Posted by Christopher Mills at 1:14 AM

Email ThisBlogThis!Share to TwitterShare to FacebookShare to Pinterest
Labels: 1980, The Martian Chronicles, TV