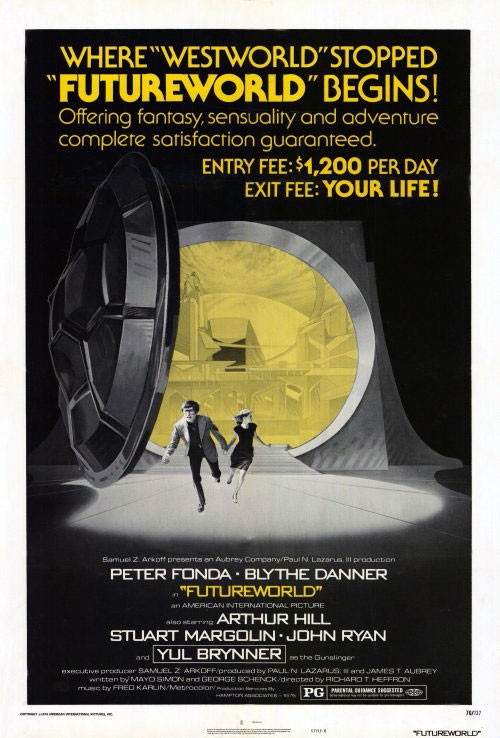 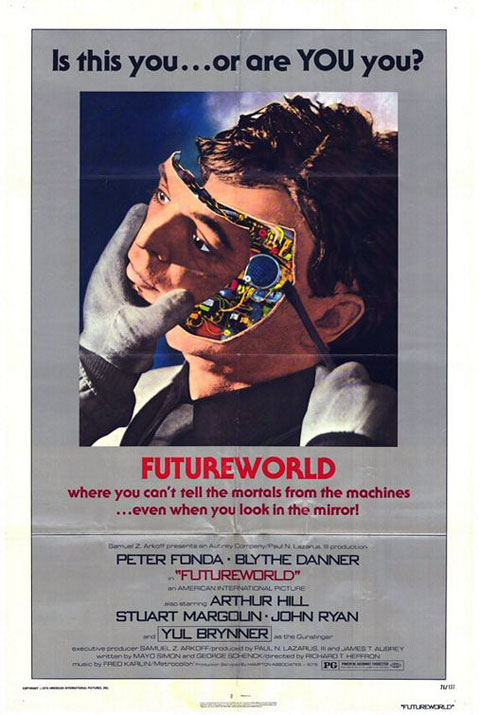 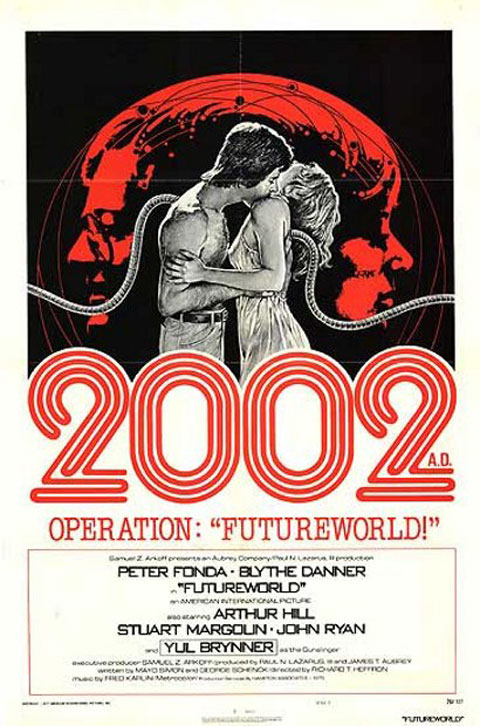 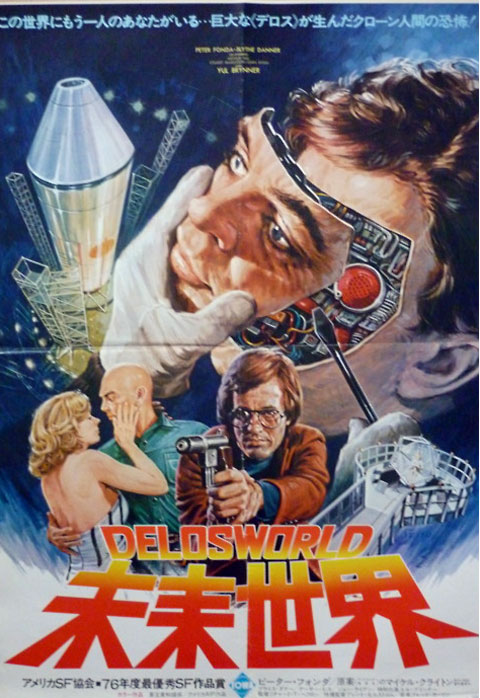 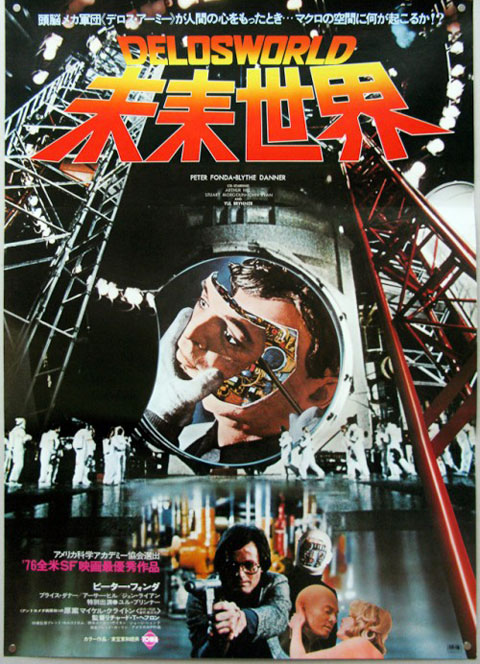 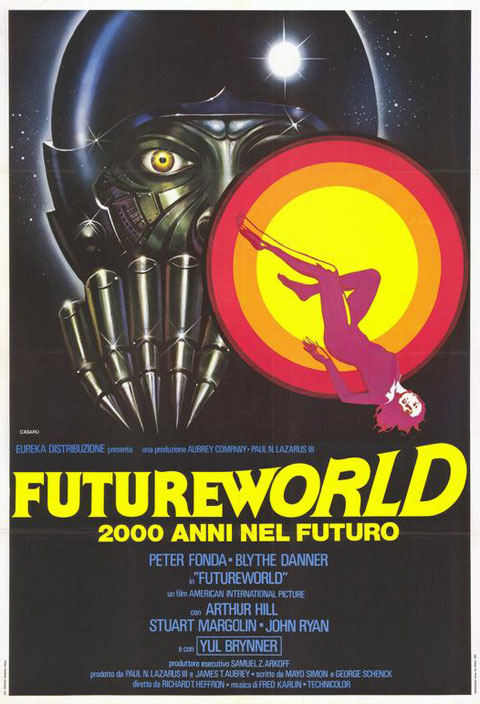 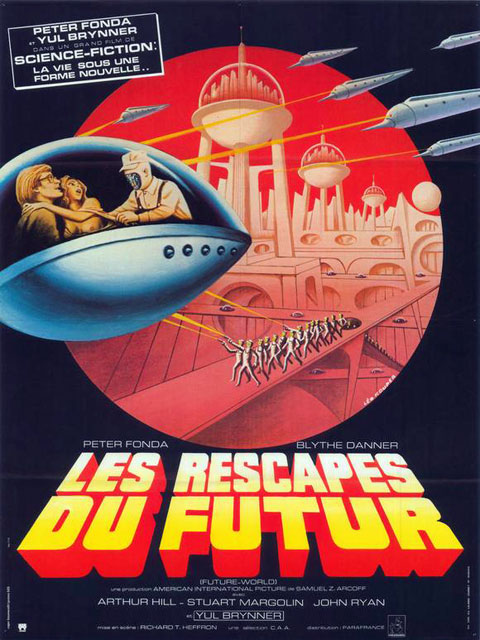 Futureworld, American-International Pictures' 1976 sequel to MGM's Westworld may not have been as good as its precursor, nor as memorable, but it did have some striking advertising art.

The film, which had a pair of investigative reporters (portrayed by Peter Fonda and Blythe Danner) investigating the newly re-opened Delos android theme park (now, with added attraction, "Futureworld," simulating a trip to Mars!) had some potential, but the lack of story input by Westworld scribe Michael Crichton, combined with rather plodding direction by Richard T. Heffron, resulted in a fairly pedestrian sci-fi "thriller." Too bad. I love Westworld and the Delos concept....

Cool posters, though!
Posted by Christopher Mills at 5:58 AM