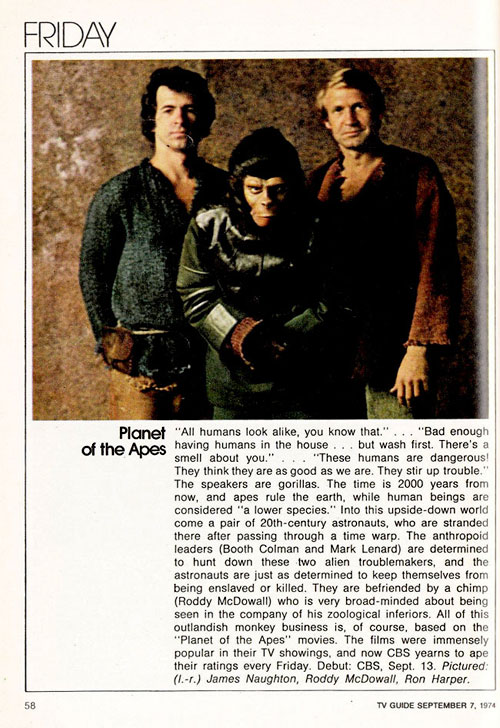 From the September 7, 1974 "Fall Preview" issue of TV Guide magazine, here's the write-up for the weekly CBS television series, Planet Of The Apes. As usual with these previews, the editorial tone is smug and condescending, but as all genre programs of the time were basically considered to be "kid's shows," it's not too surprising.

Still, I am definitely a fan of the TV series. I basically just consider it to be another alternate Apes timeline, and go along for the ride, talking humans and all. I also very much like the leads - Roddy McDowell, of course, but also Ron Harper and James Naughton. Even watching the show as an adult, I find the characters they portrayed to be quite admirable - brave, loyal, and intelligent - and the chemistry between the actors was strong.
Posted by Christopher Mills at 5:40 AM

Email ThisBlogThis!Share to TwitterShare to FacebookShare to Pinterest
Labels: 1974, Planet of the Apes, TV Guide