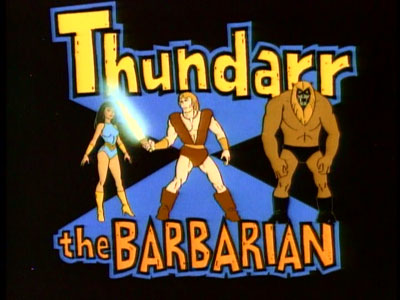 "The year, 1994. From out of space, comes a runaway planet, hurtling between the Earth and the moon, unleashing cosmic destruction. Man's civilization is cast in ruin. Two thousand years later, Earth is reborn. A strange new world rises from the old. A world of savagery, super-science, and sorcery. But one man bursts his bonds to fight for justice. With his companions, Ookla the Mok and Princess Ariel, he pits his strength, his courage, and his fabulous Sun Sword, against the forces of evil. He is Thundarr, the Barbarian!"
In my personal pantheon of Saturday Morning cartoons (subcategory: "adventure") few programs rate higher than 1980's sci-fi-fantasy, Thundarr The Barbarian, which ran for two seasons on ABC. 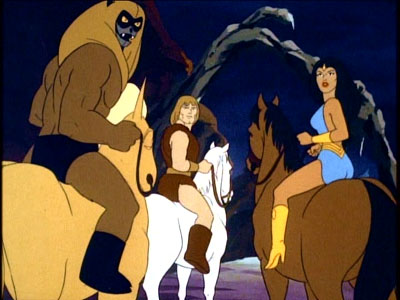 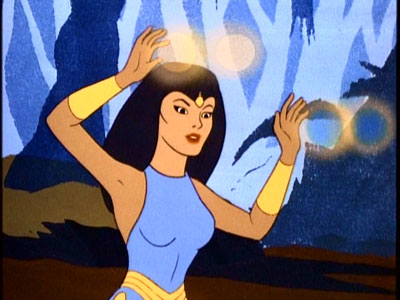 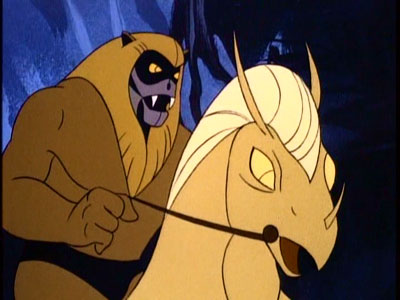 As that awesome introduction quoted above says, Thundarr chronicled the adventures of a brave barbarian warrior (actor Bob Ridgely, who, around the same time, also gave voice to legendary adventure heroes Tarzan and Flash Gordon on their respective Filmation animated series) with a lightsaber-like, flaming magic sword; a smart, sexy and sarcastic Asian princess-cum-sorceress (Nellie Bellflower); and a large, hairy, Wookiee-like anthropoid warrior (Henry Corden) as they roamed the transformed landscape of a post-Apocalyptic Earth, battling a seemingly-endless procession of power-mad, evil techno-wizards and vicious mutant creatures. 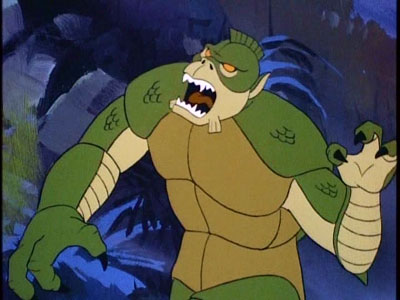 What more could anyone ask of a fantasy adventure cartoon? 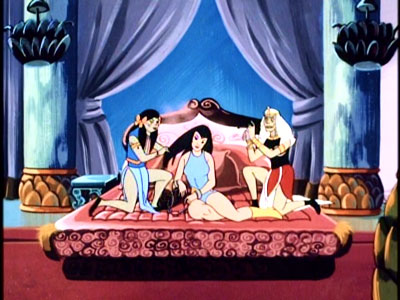 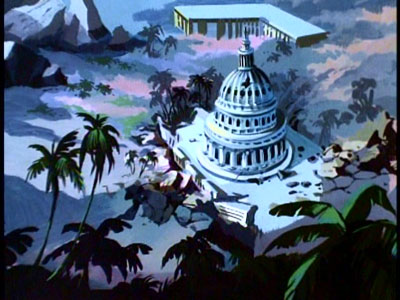 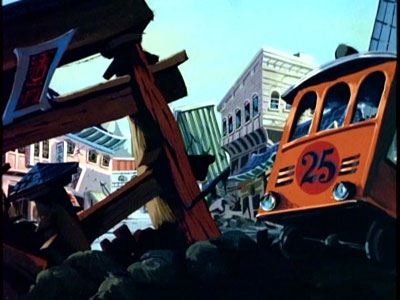 Produced by Ruby-Spears Productions, and created by veteran comic book scribe Steve Gerber (Man-Thing, Howard the Duck), this action-packed animated fantasy epic featured imaginative (if somewhat formulaic) stories, appealing characters, great voice acting, and character designs by two of the greatest comic book artists to ever wield a pencil. Thundarr and his friends were visualized by the animation veteran Alex Toth (Space Ghost, The Herculoids), while virtually every other character (and vehicle, setting and/or prop) were designed by the legendary Jack Kirby (Captain America, The Fantastic Four, Devil Dinosaur). 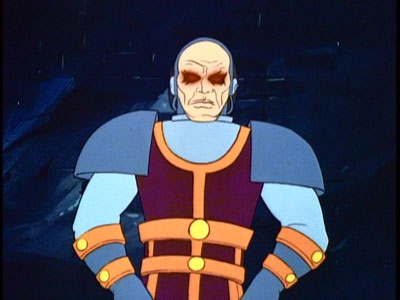 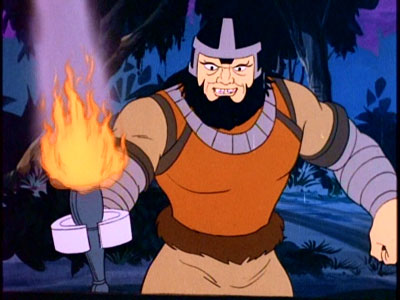 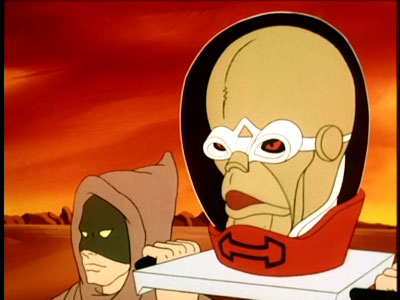 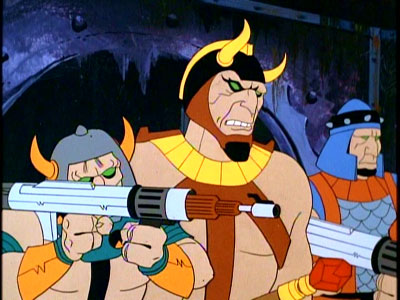 While the animation lacks the slick sheen of modern, computer-assisted shows, and is a bit "rough around the edges," it's actually among the best seen on Saturday morning TV at the time, and far more polished than most other Ruby-Spears shows of the same vintage. It's apparent that the studio recognized that they had something good in Thundarr The Barbarian and put some extra care and attention into it. 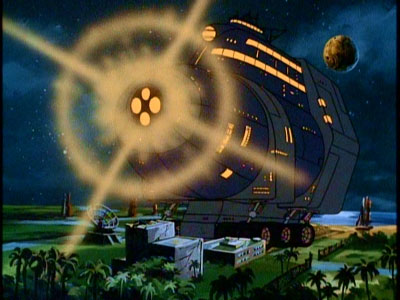 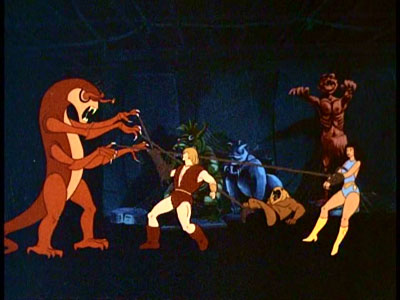 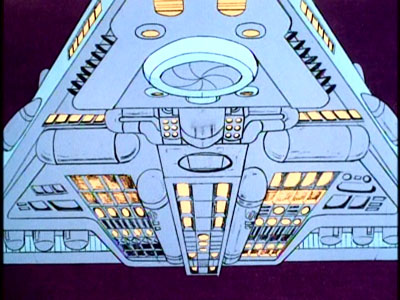 The Warner Archives 4-disc, manufactured-on-demand DVD-R set includes all 21 episodes from the show's two seasons, presented in their original 1.33:1 "full-frame" aspect ratio, with Dolby Digital 2.0 mono audio. The film elements have not been remastered in any way, and show considerable age-and-neglect-related wear. On some episodes the otherwise bright colors appear faded, and most installments are dusted with specks and other minor damage. Overall, the picture quality is fair-to-good, and, unlike some off-air recordings, the episodes are complete. There are no bonus features included. 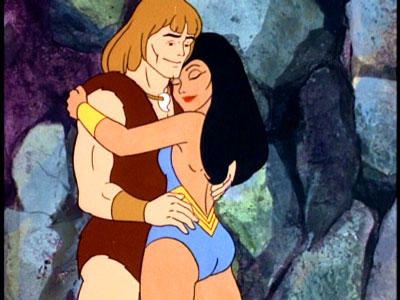 For my money, Thundarr The Barbarian is one of the all-time great fantasy adventure cartoons, with solid, smart scripting, fabulous visuals and a classic hero. Sure, I wish that the bean-counters at Warners had green-lit a fully-restored and remastered, mass-market DVD release, but I'm personally grateful to see it on DVD at all, in an authorized and complete form. If you're a fan, buying the set is a no-brainer; even with its faults, it's far superior to any of the old bootlegs floating around the convention circuit. If you're unfamiliar with Thundarr, but love Old School adventure animation, you might want to take a chance and order it - I doubt you'll be disappointed.