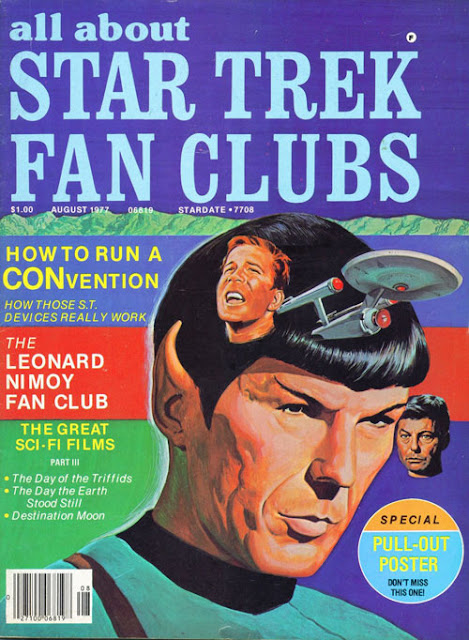 Anyone else remember this one? In 1976 and 1977, I was a regular reader of the short-lived All About Star Trek Fan Clubs magazine - one of the most oddly-titled genre fan magazines ever. Although (obviously) Trek-centric, it did occasionally touch on other sci-fi productions. Mostly, though, it covered Star Trek fandom in all its pre-Internet Seventies forms, with fannish articles on conventions, collectibles, episode trivia, pull-out posters, interviews with the Trek cast (and prominent Trek fans!), fanzine reviews, and, of course, extensive fan club listings. 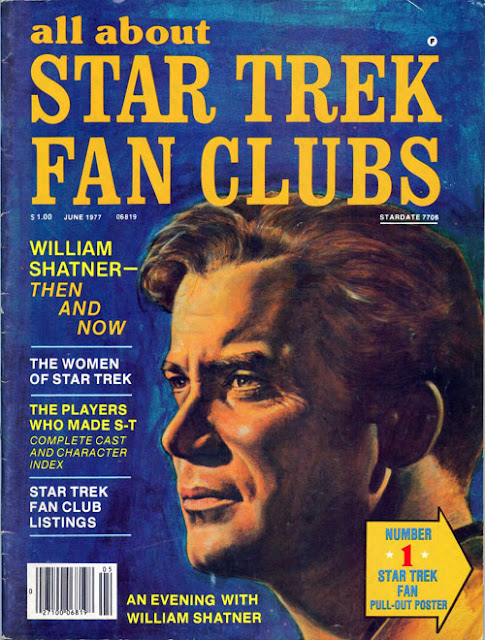 The layout and content was really quite amateurish - especially when compared to contemporaries Starlog and Fantastic Films - with no interior color, and it was printed on cheap newsprint. With its reliance on fan art and candid con photographs, it really did seem like a fanzine that somehow got free offset printing and then scored a national newsstand distribution deal. Still, as a 12-13 year old, it - in some ways even moreso than Starlog - helped assure me that there were other people out there in the world that loved Star Trek (if perhaps to an unhealthy extreme!). 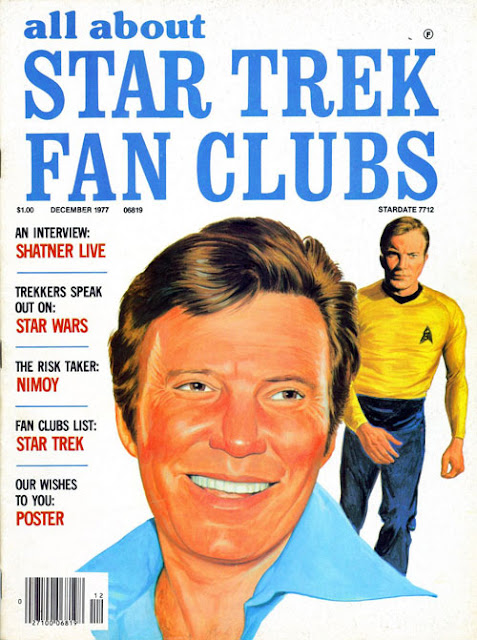 I still have my copies of Issues 2, 4, and 6 (pictured above), originally purchased at the old Mr. Paperback bookstore at the Turnpike Mall in Augusta, Maine. #2 and #4 are really beat-up, yellowed and torn, but #6 is still in good shape. As I said above, while earnest and enthusiastic, it's a rather unprofessional little mag - but that kinda adds to its nostalgic 70s charm.
Posted by Christopher Mills at 5:57 AM