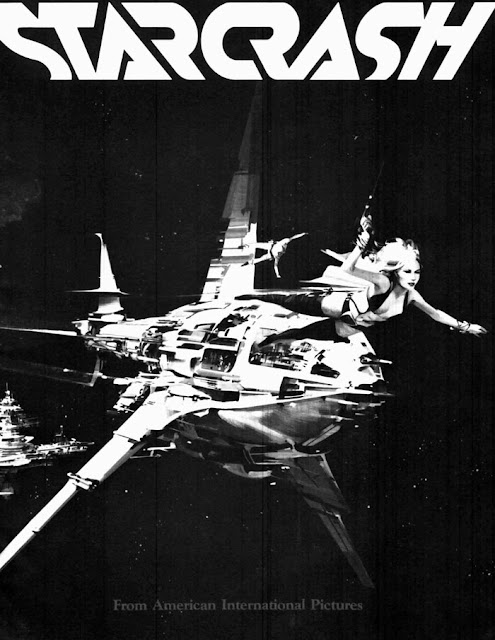 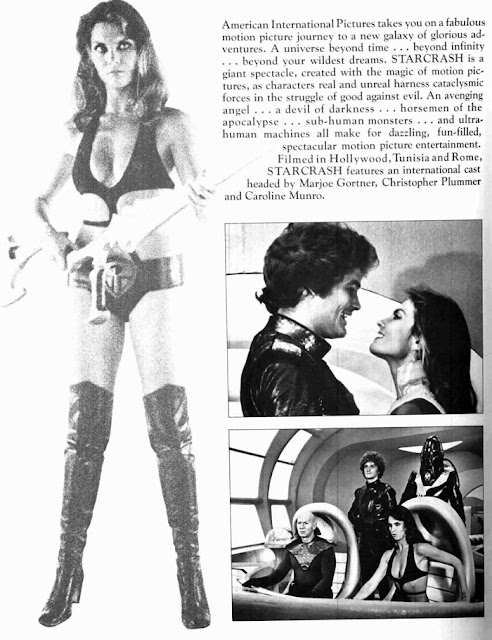 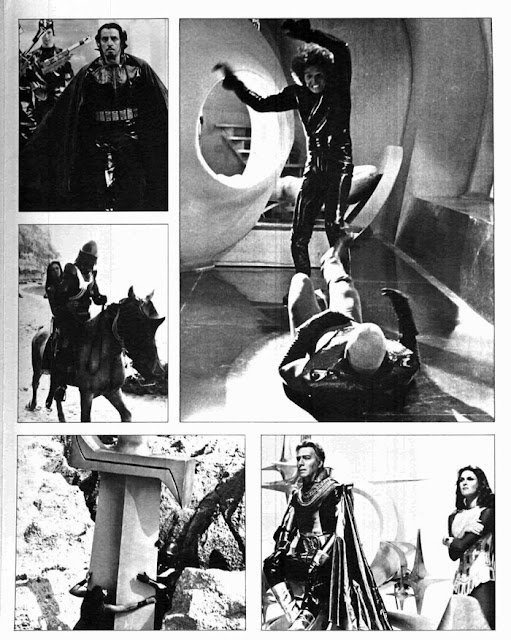 Here are a few pages from American International Pictures' pressbook for Luigi Cozzi's Starcrash. The most interesting thing about this is that AIP did not release Starcrash! They did buy U.S. distribution rights for the movie, but once they actually saw it, the studio dropped the film and backed out of the deal. Roger Corman's New World Pictures then snatched up the picture instead, and turned a tidy profit releasing it through his usual channels in the spring of 1979.

The second-most interesting thing about it is that wonderfully hyperbolic promotional copy! "...horsemen of the apocalypse..." "Filmed in Hollywood..."(!)

I particularly like the artwork on the cover. It appears to be one of the pre-production pieces created by Italian artist Niso Ramponi. (Somewhere around here I have more of Ramponi's Starcrash art. I'll have to dig it up soon.)

And just for the hell of it, here's one of the amazing Drew Struzan's pencil comps for a Starcrash (The Adventures of Stella Star) poster done for AIP before they dropped the picture. 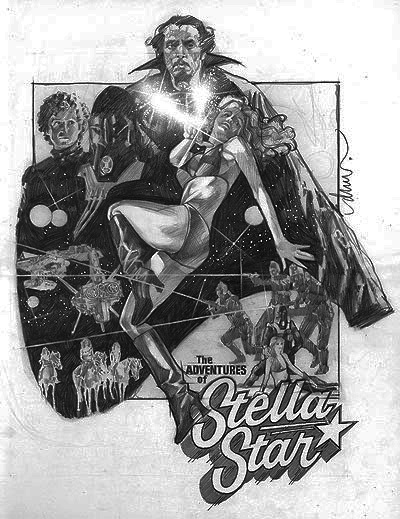 He drew several concept sketches like this, and they were included among the bonus features of Shout! Factory's Starcrash Special Edition. Sigh.... what might have been....
Posted by Christopher Mills at 3:40 PM