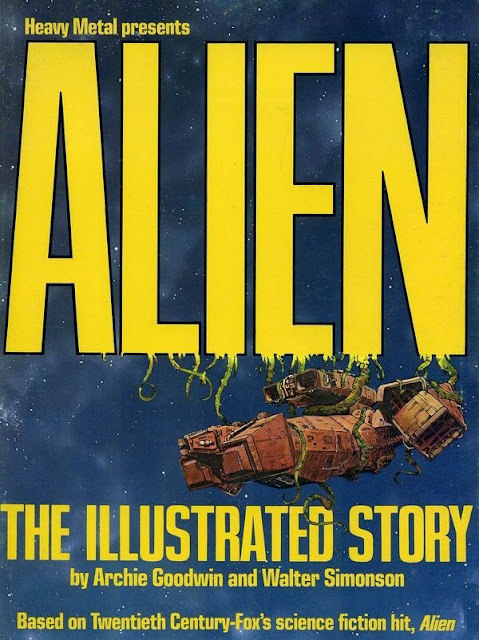 Being an R-rated horror film precluded Alien from being adapted by Comics Code-approved Marvel Comics back in 1979, but the publishers of the adult-oriented Heavy Metal magazine didn't have the same sort of restrictions on content. So they wisely hired writer Archie Goodwin and artist Walter Simonson (the same creative team who'd adapted Close Encounters of the Third Kind for Marvel, and who would each work on Marvel Comics' Star Wars and Battlestar Galactica comics at various times) to craft a faithful, uncompromising graphic novel retelling of the Ridley Scott space thriller, from Dan O'Bannon & Ronald Shusett's screen story..

Alien: The Illustrated Story is a phenomenal graphic novel, and a genuine classic of comic book art. Here are a few selected pages: 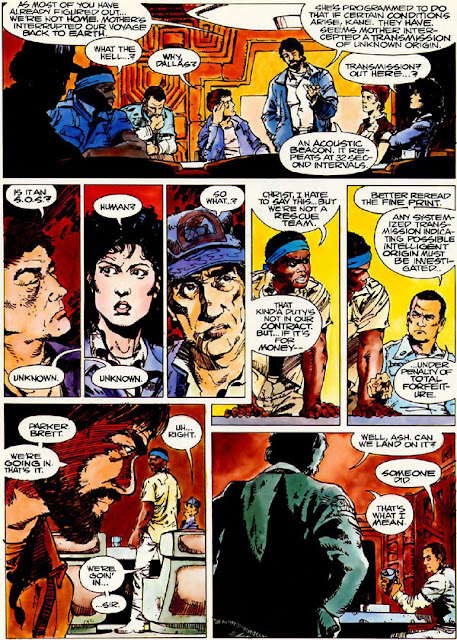 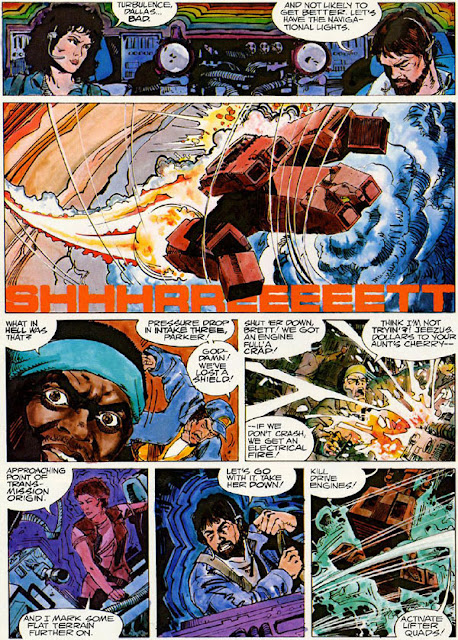 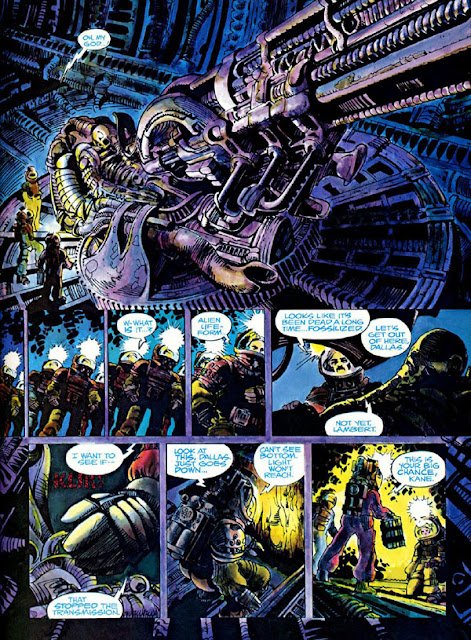 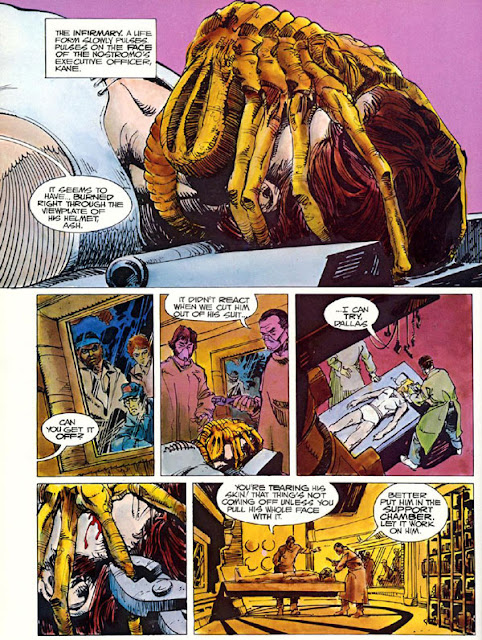 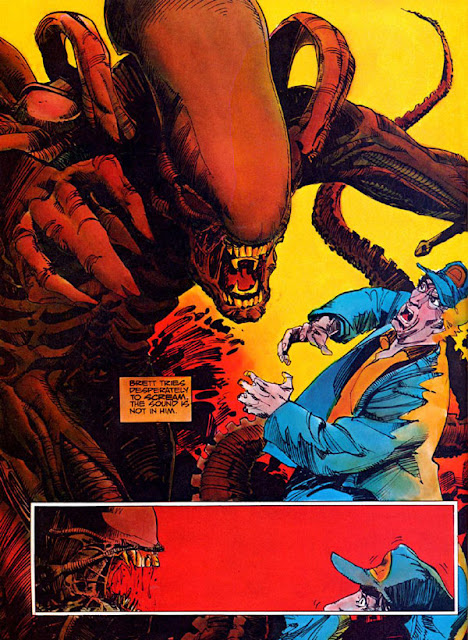 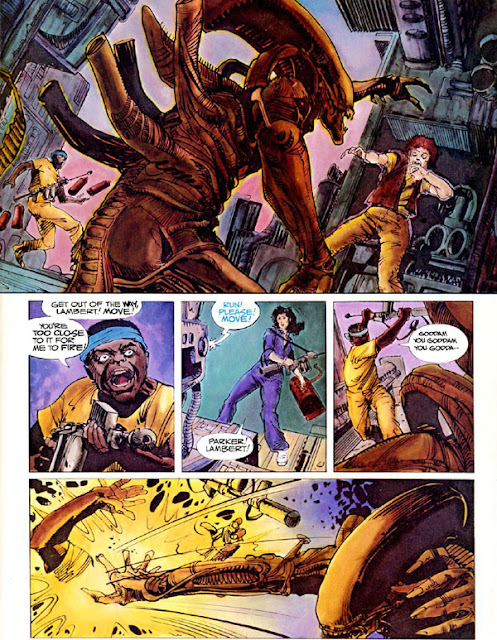 Posted by Christopher Mills at 4:36 AM