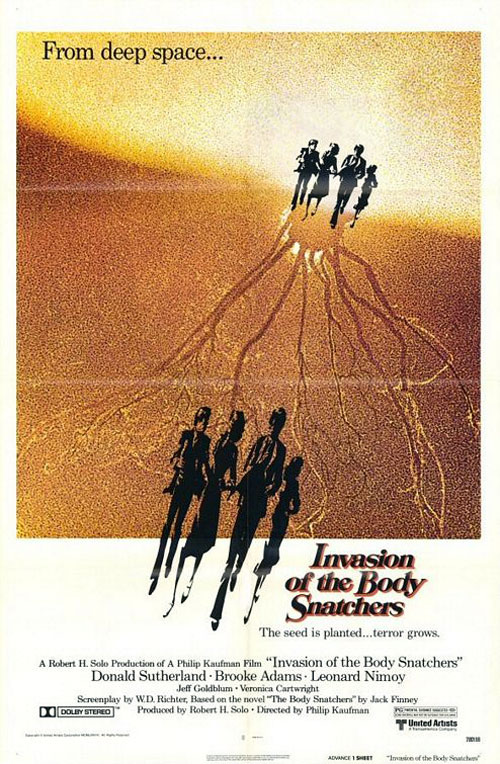 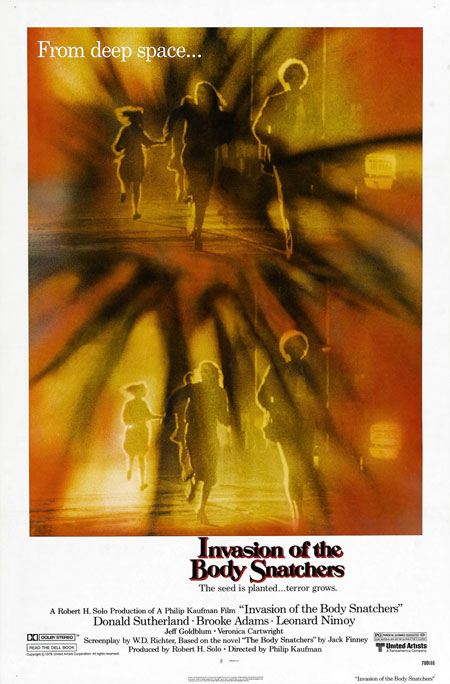 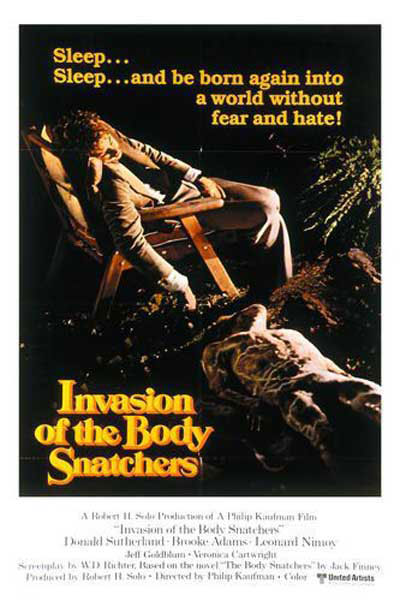 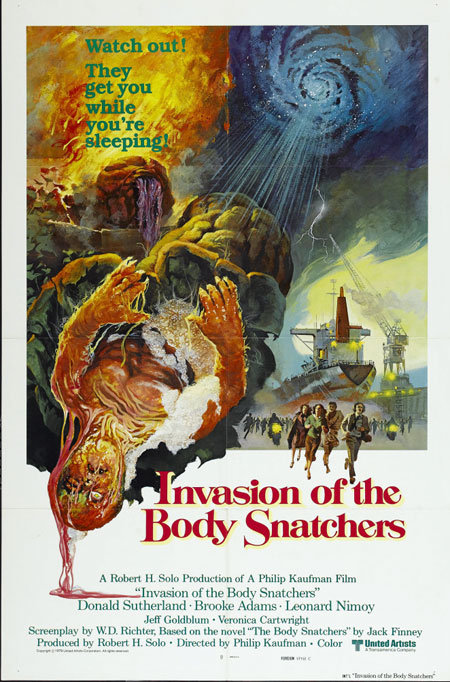 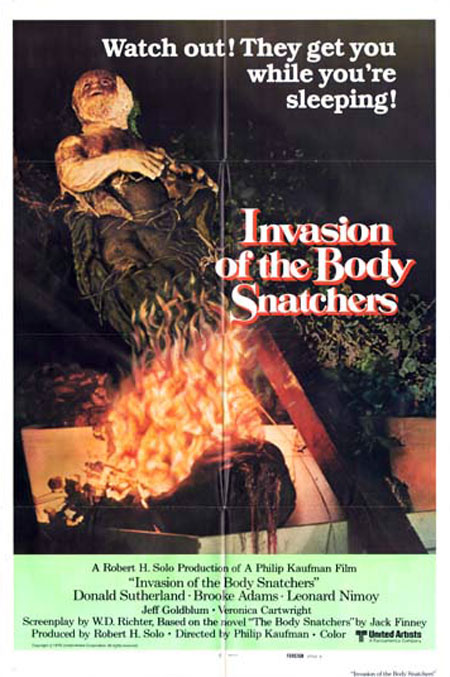 Without question, the scariest sci-fi film I saw in the 1970s was Phillip Kaufman's remake of Invasion Of The Body Snatchers (I didn't see Alien until a few years later on home video). I had seen the original Fifties version of the film one Halloween on late night TV, and while that classic had definitely unnerved me, it didn't scare me, so I figured I could handle the new version.

Somehow - I really cannot recall how I pulled it off - I persuaded my folks to let me go see the PG-rated thriller in the theater by myself. What a trip. Creepy, suspenseful and chock full of gross alien "pod" effects, several times during that viewing I wondered just what I had gotten myself into -- but then Brooke Adams showed up naked, and then the only thing I was scared of was somebody coming in and dragging me out of the theater. Surely, 14 year-olds weren't allowed to see boobies! (But, in 70s, we were. Isn't that cool?)

Director Phillip Kaufman had been signed to direct the first Star Trek feature film, once Paramount decided they didn't want a new Trek TV series after all. But after months of waiting for Gene Roddenberry to turn in a script that met approval from the studio, Kaufman finally left the project and made Body Snatchers instead - and took Leonard Nimoy with him. Nimoy was great in the movie, as was the aforementioned Brooke Adams, Donald Sutherland and Veronica Cartwright (who would have a different kind of Alien encounter the next year, poor thing).

Anyway, here's a selection of some of the campaign art created by United Artists for the film's original theatrical release. Enjoy.
Posted by Christopher Mills at 2:35 AM

Email ThisBlogThis!Share to TwitterShare to FacebookShare to Pinterest
Labels: 1978, Art, Invasion Of The Body Snatchers, Movies