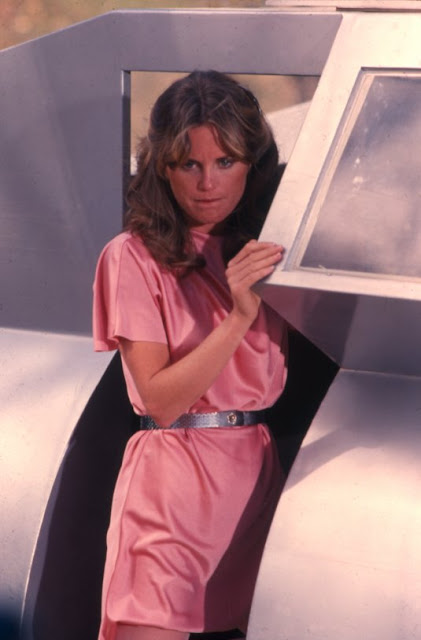 Heather Menzies as Jessica 6 on TV's Logan's Run. Her adventures on the show were strictly Earthbound, but lovely Heather was one of my favorite Space Babes of the 70s. I had trouble actually finding a good, sexy still of Heather as Jessica online, but she was really a very unique beauty and a very appealing heroine - with truly great legs.

She was a child actress who appeared in as a Van Trapp kid in The Sound of Music, and as a young woman, she was a popular TV actress who also starred in a couple of B-movie genre films like Piranha and Sssssss. To me, though, she'll always be Jessica 6 on the short-lived television version of Logan's Run. Of course, part of my affection for Heather may because around the same time she appeared on Logan's Run, I happened to get a look at the pictorial she did for Playboy...

Here's a link to her website.
Posted by Christopher Mills at 12:37 AM