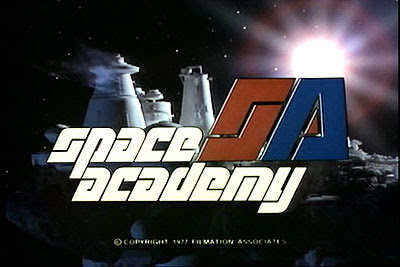 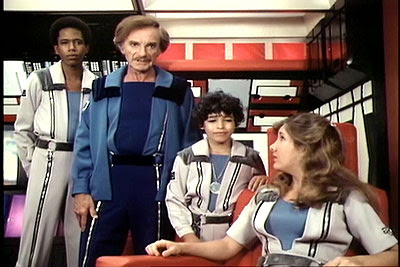 Set in the "Star Year" 3732, the short-lived Space Academy Saturday morning kidvid series (it mutated into Jason of Star Command a year later) chronicled the adventures of a group of young space cadets led by handsome Chris Gentry (Ric Carrot, The Swinging Cheerleaders) and his telepathic sister Laura, (popular 60’s and 70’s child actress Pamelyn Ferdin). Other cadets include Brian Tochi, Ty Henderson, Eric Greene and the incredibly hot Maggie Cooper (An Eye For An Eye). Under the tutelage of their teacher/headmaster, Commander Isaac Gampu (Jonathan Harris of Lost in Space, with a bizarre haircut), the earnest young cadets learned important lessons about honor, duty and life while exploring the galaxy and unraveling the mysteries of the universe. 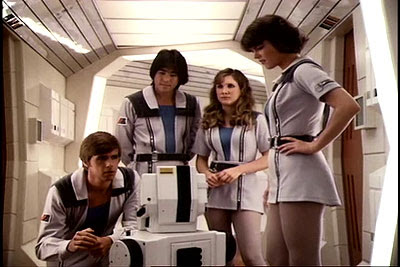 Shot on a very low budget (although still the most expensive children's show up to that time), Space Academy was Filmation Studios’ second live-action science fiction series, following the previous year’s post-Apocalyptic adventure, Ark II (which was sort of Damnation Alley for kids). Despite the budget, SA is surprisingly well crafted, with good production values, sets and costumes, not to mention high-quality, pre-CGI special effects that rival those produced for other 70’s sci-fi projects, including the vastly more expensive Space: 1999. Nowadays, it’s common to call such handcrafted, painstaking miniature work "cheesy," especially when compared to today’s hi-tech, computer-created effects, but that’s just insulting, ignorant and inaccurate. Space Academy boasts damned fine effects work and it adds immeasurably to the show’s charm. In fact, effects supervisor Chuck Comisky went on to supervise the effects on Roger Corman’s 1980 epic space opera, Battle Beyond the Stars, and some of his crew members worked on Star Wars and its sequels. 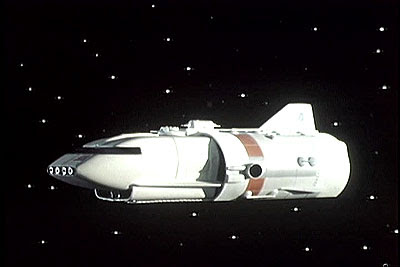 The model work is remarkably detailed and nicely-designed. The Seeker shuttles were designed specifically to resemble the Ark II vehicle so that the budget-conscious studio could reuse the expensive full-size prop. The Academy model itself is fascinating, as it depicts the space station as being built on and into an asteroid. It makes for a cool and unique visual. 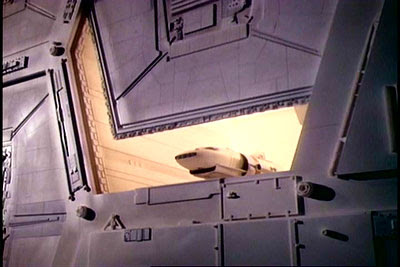 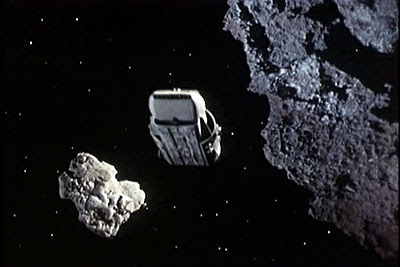 Scripts are a mixed bag – ranging from some thought-provoking sci-fi and effective character studies to childish kid’s space adventures, but the cast is likeable and every half-hour episode is entertaining, each delivering the obligatory moral just before the end credits. Additionally, Maggie Cooper frequently wears a miniskirt. My favorite episode, though, is probably the one where the show’s obligatory cute robot, Peepo, had to battle an evil ‘bot portrayed by Bill Malone’s recreation of Robby The Robot from Forbidden Planet. (Robby also appeared in an episode of Filmation’s previous live action sci-fi show, Ark II.) Another favorite is "Star Legend," in which the cadets encounter a "Flying Dutchman"-styled ghost ship, which just happens to look exactly like the Academy – upside down! 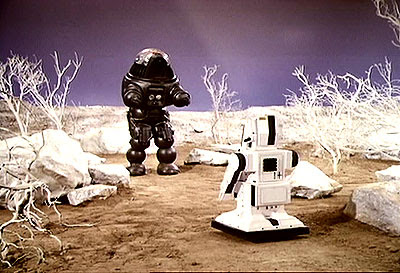 BCI/Eclipse’s now out-of-print DVD set includes all 15 episodes of the single season on 4 discs, and is also available in a Filmation Sci-Fi box set with Ark II and Jason Of Star Command. The full frame transfers look very good for their age. BCI has also included plenty of nostalgic bonus features, including a half-hour documentary/cast reunion and two episode commentary tracks with producer Lou Scheimer, cast members Carrot, Tochi and Greene, and effects supervisor Comisky. There’s an extensive still gallery, all the episode scripts on DVD-ROM, commercial bumpers and more.

The only disappointment in this fine DVD set is that neither Pamelyn Ferdin (Laura) nor Maggie Cooper (Adrian) were involved in the reunion/documentary. It’s a shame, because Ferdin was one of the most prolific and familiar child actresses of the era and probably has some great stories, while Maggie Cooper was… well, an uber-babe.

• TRIVIA: Cadets Brian Tochi and Pamelyn Ferdin both appeared in the third season Star Trek episode, "And The Children Shall Lead."
Posted by Christopher Mills at 7:56 PM