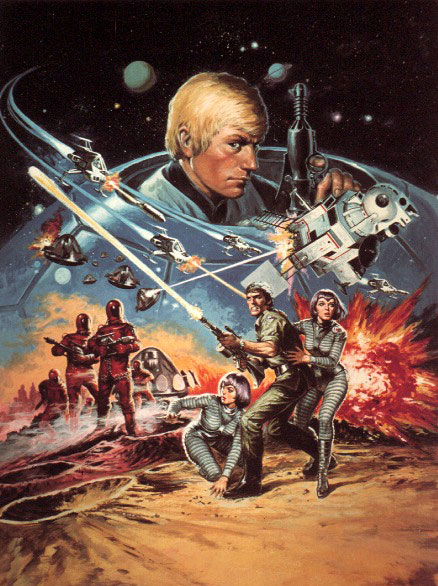 As with Battlestar Galactica and other science fiction shows, the home video boom of the Eighties led to various TV episodes being repackaged and distributed on VHS and syndicated to independent television stations as feature films. Gerry Anderson's groundbreaking live-action sci-fi series UFO was among those programs; in 1980 two episodes were edited together and released as Invasion: UFO. The art above was created for that release. 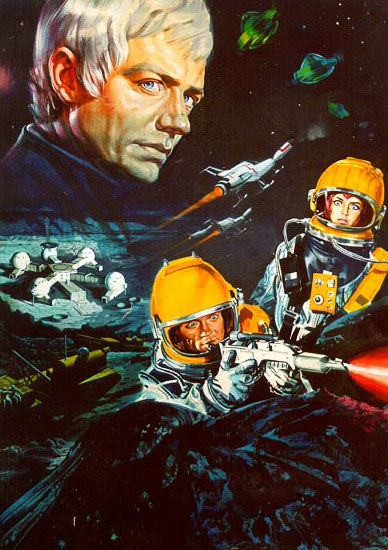 Earlier than that, though, in the 70s, several compilation features were derived from the series and released in Italy. The art above was used to promote one of these movies, UFO Prendeteli Vivi.

I don't know who the artists were who painted these illustrations, but as a fan of the series, it's fun seeing this artwork
Posted by Christopher Mills at 4:41 PM