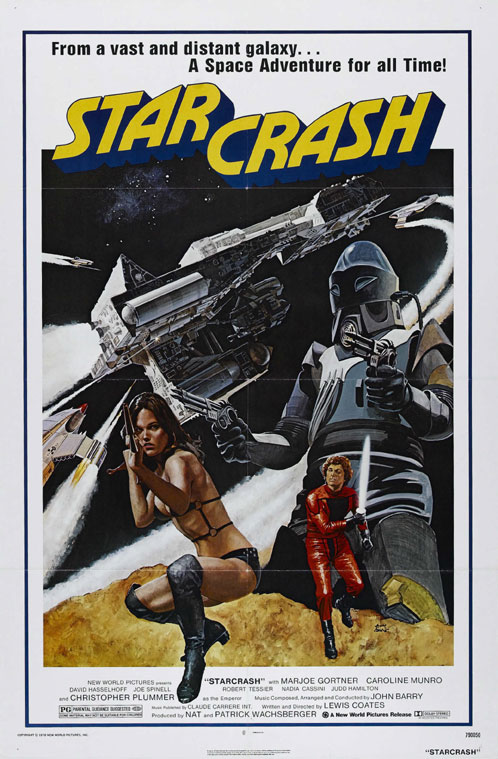 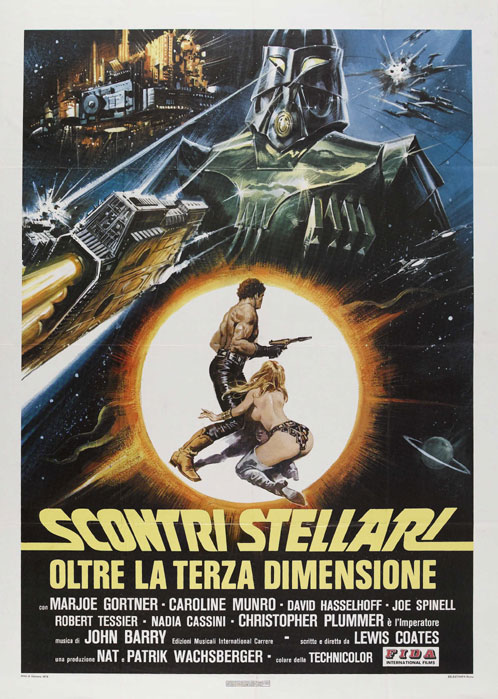 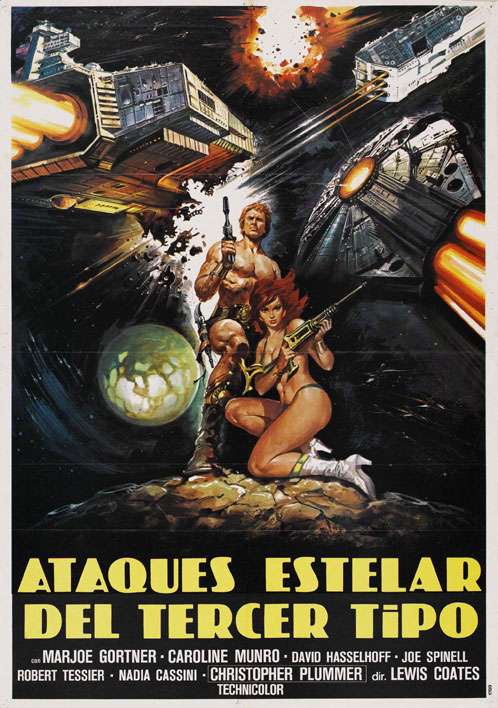 It also has some delightfully pulpy movie posters. The one at the top is the American one-sheet, and it's kinda cool, but the other two – wow! I especially love the last one, where the artist had the balls to paint the Millennium Falcon (flying backwards!) as one of the spaceships.

Actually, in all of these the spaceships look better than the ones in the movie.
Posted by Christopher Mills at 3:01 AM