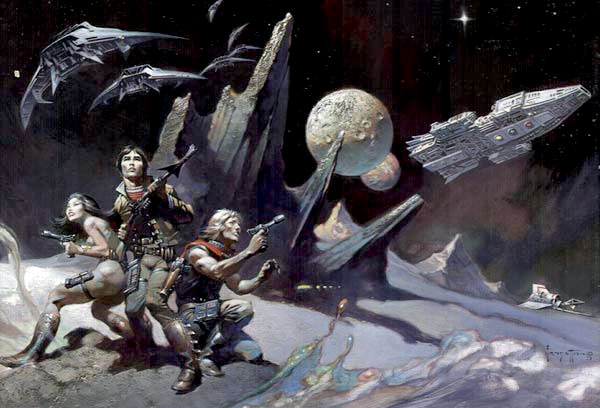 Back in 1978, someone at either Universal or ABC actually had the smart idea of commissioning renowned fantasy illustrator Frank Frazetta to paint three pieces to be used in promoting their expensive new science fantasy epic, Battlestar Galactica. These three paintings were used as the basis for TV Guide ads promoting the first three episodes ("Saga of A Star World," "Lost Planet of the Gods, Part 1," and "Lost Planet of the Gods, Part 2."), although they were subsequently used on book covers, etc. 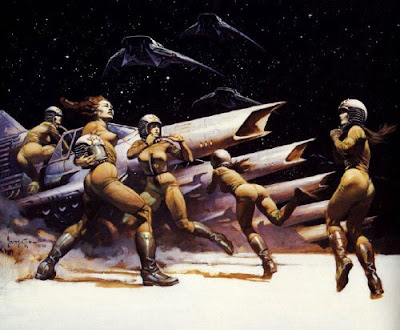 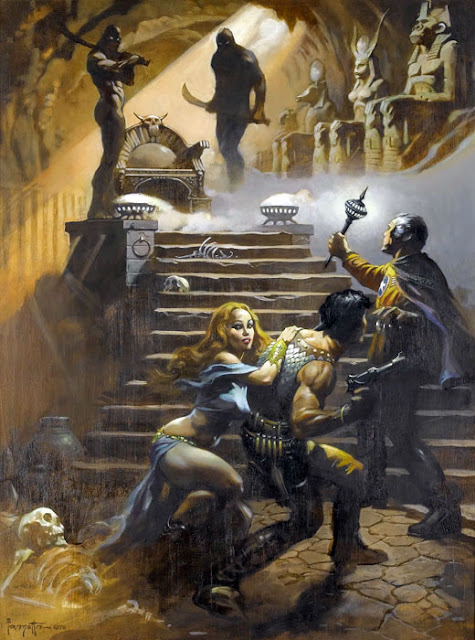 What I love about these pieces - even beyond the fact that they exist at all - is how Frazetta interpreted the universe of Galactica through his own sensibilities and style. Clearly, very little in these paintings accurately reflect the cast or production design of the actual series, yet, to me anyway, they capture the epic scale that Glen Larson and his crew were trying so hard to accomplish on their television budget.
Posted by Christopher Mills at 4:37 PM