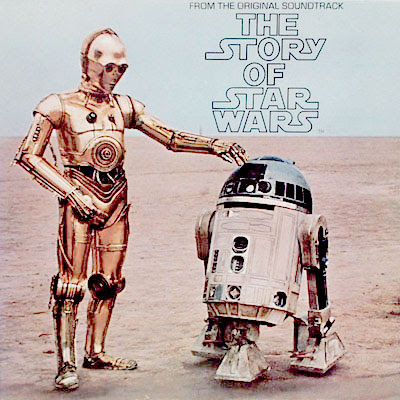 It's sometimes difficult to remember a time before home video. We have so much media literally at our fingertips these days, that a time before VHS, DVD, Blu-Ray, Tivo, streaming video, etc., seems almost unbelievable. Those of us who grew up in the 60s and 70s loving TV and movies had to resign ourselves to watching the shows we liked only when network programmers scheduled them (assuming our parents let us at all), and if we wanted to revisit a favorite film, the only option we usually had was a paperback novelization (by Alan Dean Foster, most likely) - if we were lucky and the film we liked even got novelized. 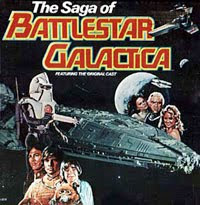 came along and surprised everyone with its incredible mainstream popularity, Lucas, Fox and hundreds of licensors scrambled to create new products that they could sell to Wars-hungry masses while said masses waited impatiently for the sequel. Among those new products was The Story of Star Wars - a long-playing record album that contained an abridged version of the film story, composed of dialogue, sound effects and music from the movie soundtrack, with additional narration (by actor Roscoe Lee Browne, who had played "Box" in Logan's Run) to smooth out the audio narrative.

I had this album on cassette, and I listened to it so often that even today, I can recite large swaths of the dialogue in Star Wars from memory. 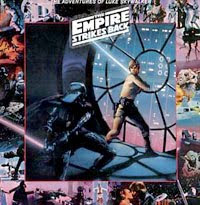 If you hunt around online, you can find downloads of most of these records. They're actually pretty amazing. Most of the abridgements are expertly done (the Saga of Battlestar Galactica LP plays better than the actual pilot, in my opinion), and they're damned fun to listen to.

In fact, I often listen to them while I work on various projects - this blog, for example - at my computer.
Posted by Christopher Mills at 4:02 AM