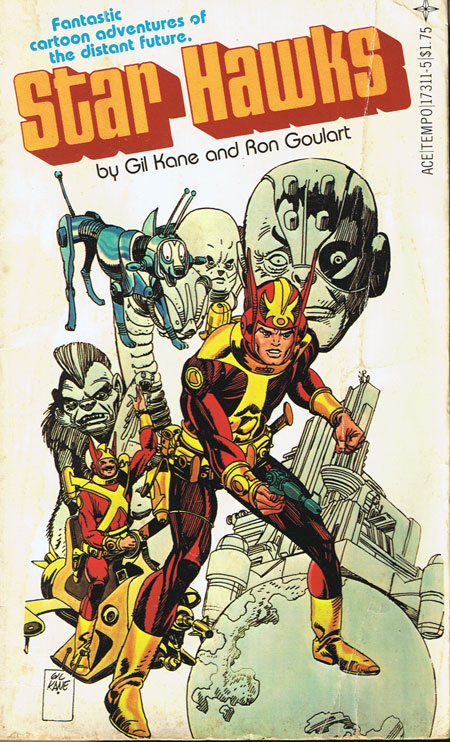 As we've seen here before, back in '77, in the pop cultural afterglow of Star Wars' unprecedented success, lots of folks tried to cash in on the perceived appetite for space opera entertainment. Along with the film and television knock-offs, toys and games, there were a handful of "original" sci-fi comics, many of them with the word "star" in the titles. One of these was the Star Hawks newspaper comic strip, which I've written about here before. 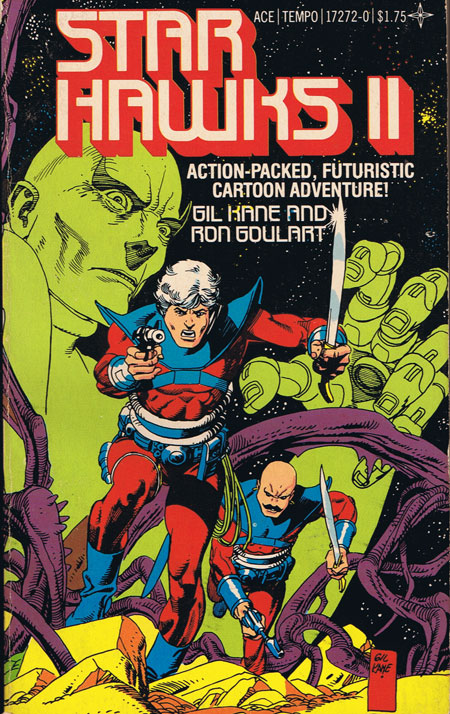 As knock-offs go, Star Hawks - written by sci-fi author and comics historian Ron Goulart, and drawn by legendary comic book artist Gil Kane - was reasonably successful, running daily and Sundays for three and a half years, for a total of 1,252 strips. Some of these strips were collected into two standard-size paperbacks by Ace/Tempo books, in 1979 and 1980. To the publisher's credit, the artwork was not cut apart panel-by-panel and re-formatted to standard page size, but run intact - although the strip's unique two-tier format required that the art be run on its side, forcing the reader to turn the book sideways to read it.

Actually, I don't find that to be a problem, but the small size of the lettering does make it difficult for these aging eyes to read, even with these damned, old man bifocals I wear these days. 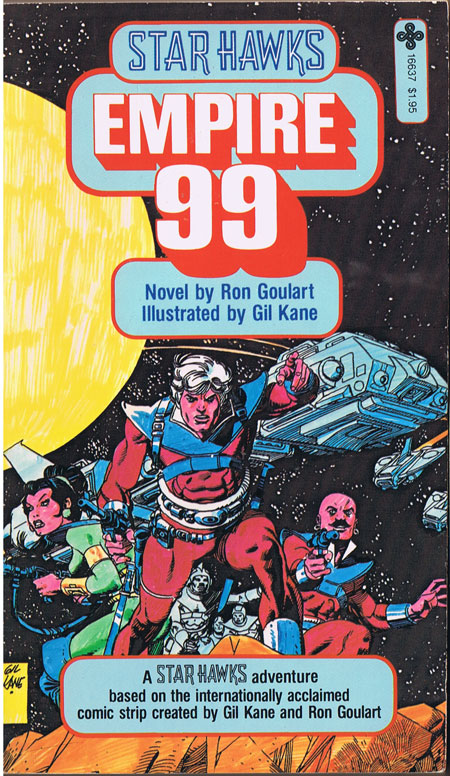 Anyway, aside from two strip collections from Ace/Tempo, Goulart wrote two Star Hawks prose novels, published by Playboy Press, beginning in 1980. The first of these, Empire 99, makes its connection to the newspaper strip very clear, with a cover and interior illustrations by comics collaborator Kane - and even trumpets its comic strip origins as a selling point. The second novel, on the other hand, came out well after the strip had been cancelled, and was marketed less as a comic strip tie-in.

I haven't included a scan of that second novel, The Cyborg King, here because a.) I don't have it (yet), and b.) it doesn't have a Gil Kane cover, and c.) I couldn't find a decent cover scan online.

ADDENDUM: Thanks to "Tex," here's a scan of the cover of the second Goulart Star Hawks novel, The Cyborg King: 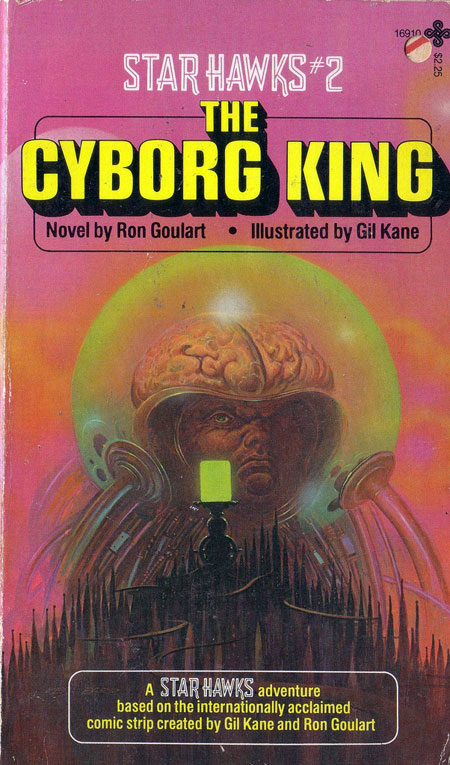 Posted by Christopher Mills at 12:53 PM