Countdown To PERILS ON PLANET X 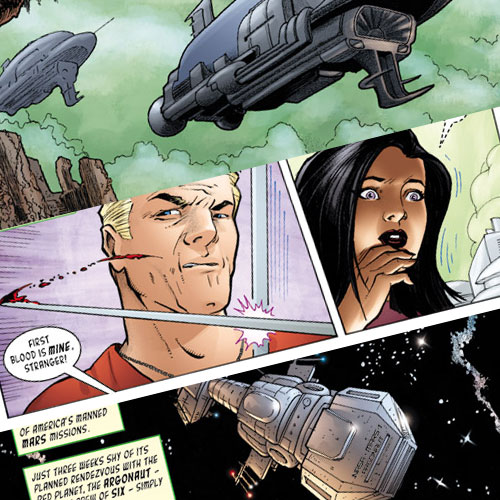 Although I'm always a bit reluctant to plug my own projects here on the Space: 1970 blog, I'm making an exception for my forthcoming Perils On Planet X webcomic, which begins its weekly schedule one week from today (February 1st) at www.perilsonplanetx.com.

It's because I believe that most Space: 1970 readers - especially you Old School gamers (and I know there's a lot of you) - would really enjoy the webcomic that I'm choosing to promote Perils On Planet X on this site. I'll try not to overdo it (once it launches, I'll try and only mention it in my "Captain's bLog" entries), but I want to be sure you folks know about it and consider giving it a chance. If you get a moment, click over to the site and if you like what you see, bookmark it. I'm pretty excited about finally getting POPX out to the public (I've been working on it for about a decade), and I'd appreciate your support.

Now... back to our regularly-scheduled nostalgia.....
Posted by Christopher Mills at 11:28 AM