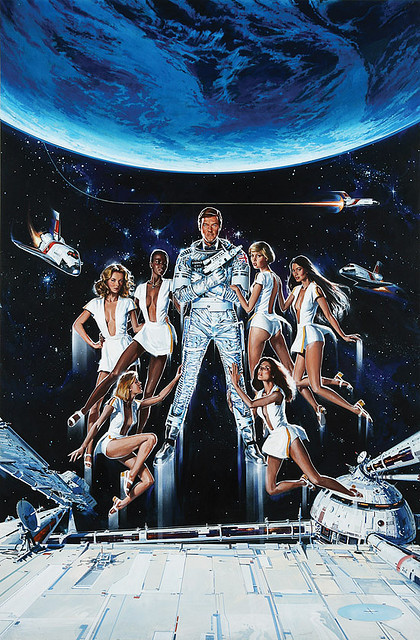 Dan Goozee was a popular movie poster artist in the late 70s and 80s, and starting with 1979's Moonraker (through A View To A  Kill) was United Artists' go-to guy for the James Bond movie posters. Goozee usually designed a few alternate versions for each entry, and here are a selection of his spacey illustrations for the franchise's answer to Star Wars, which sent 007 (in the form of Roger Moore) into orbit and climaxed with a zero-G laser battle. Watching Moonraker now, as an adult James Bond fan, I'm appropriately appalled... but as an unrepentant Star Kid, I'm always utterly enthralled. 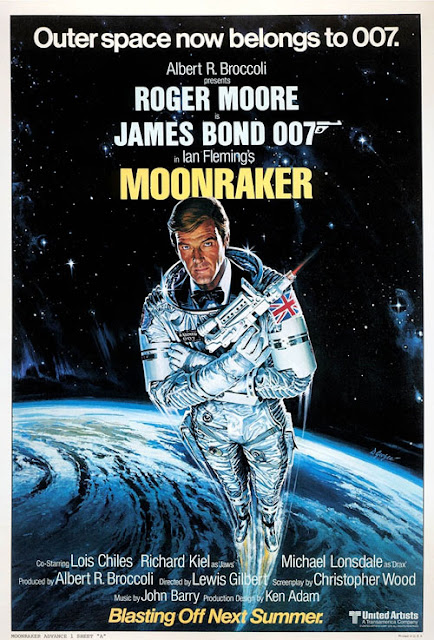 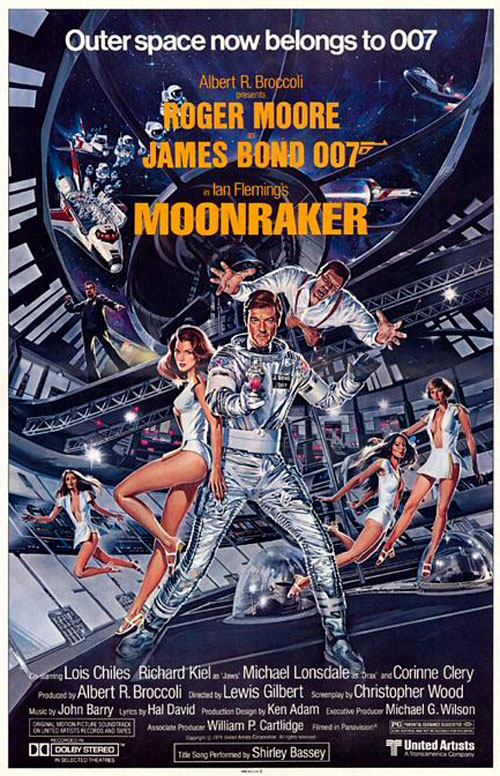 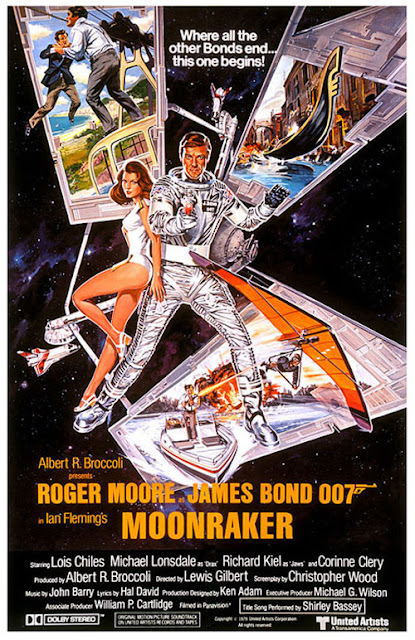 Apart from studio movie posters (including art for the original Clash of the Titans and Superman IV), Goozee also did some production designs for the original Battlestar Galactica and painted a handful of very cool sci-fi originals that were sold as posters through Captain Company ads in the back of Famous Monsters and other Warren magazines in the late 70s. If anyone has good scans of those posters, let me know - I've wanted to feature them here on the blog for a while.
Posted by Christopher Mills at 12:30 PM