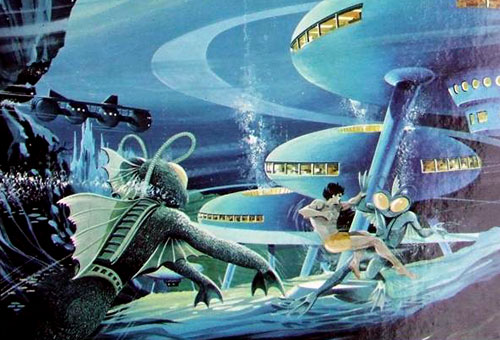 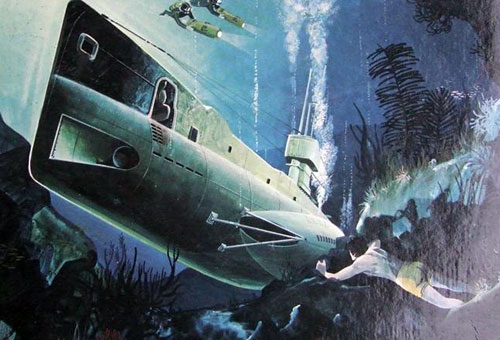 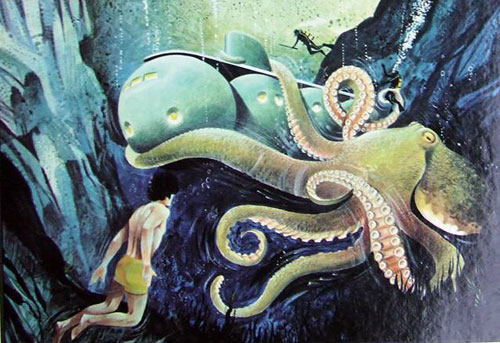 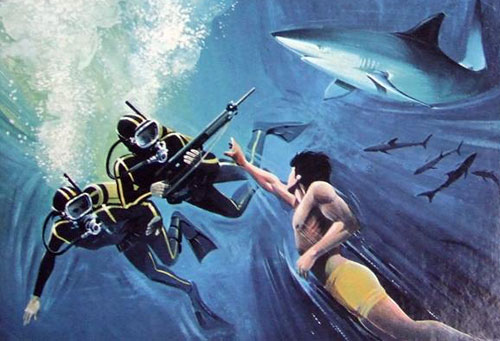 Apparently manufactured and released only in England, these jigsaw puzzles based on the Patrick Duffy aquatic adventure series, Man From Atlantis, sported some funky - and fantastical - artwork. If only the show had presented such spectacles as a giant squid octopus attacking the Cetacean, or Mark Harris duking it out underwater with the Creature from the Black Lagoon's oceanic cousins outside their futuristic sea-city.... 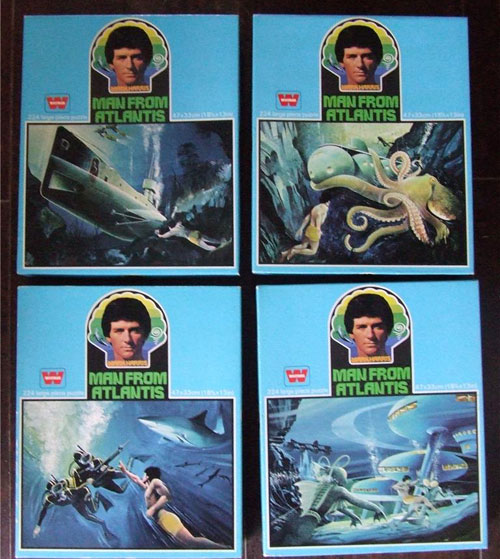 I know it's a longshot - but does anyone know who the artist was?
Posted by Christopher Mills at 3:10 PM