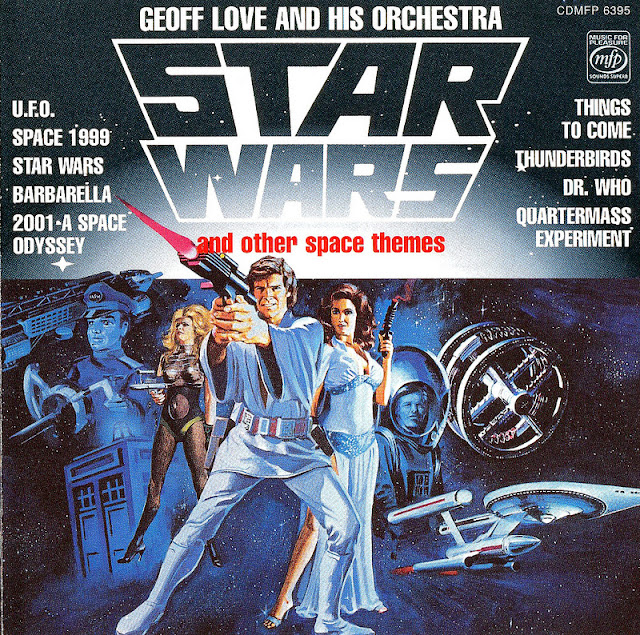 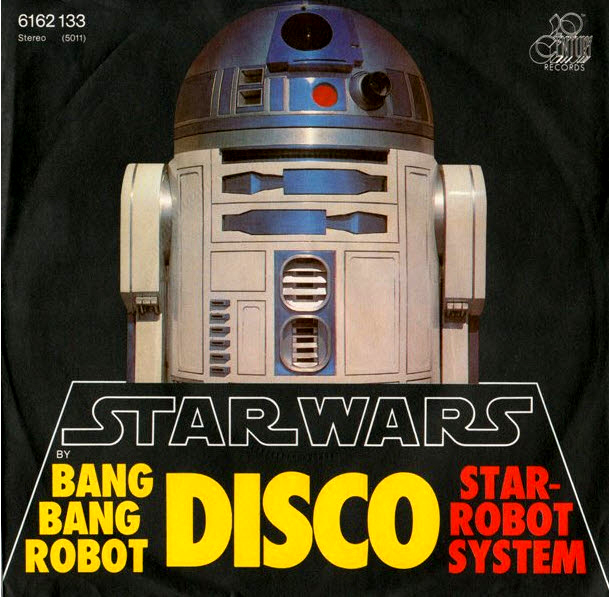 ... and, then we have this: Bang Bang Robot's (I love that name!) rip-off of Meco's smash-hit Star Wars disco medley. To be honest, I actually listen to this album every once in a while, and used one of its non-Wars tracks as the theme to my first - and to date, only - Space: 1970 podcast. If the cover art is to be trusted, this edition seems to have actually been at least somewhat authorized, with an actual photo of R2-D2 and the real Star Wars logo, and a release by the 20th Century Records label.
Posted by Christopher Mills at 12:25 PM