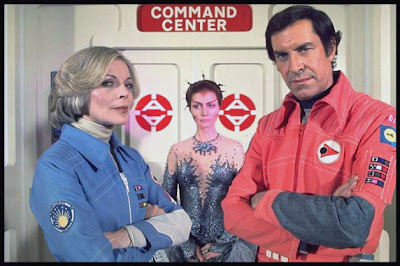 The second season (or, as our British friends would say, "series") of Gerry Anderson's Space: 1999 saw a number of changes wrought upon the format, including a new producer, Fred Frieberger, new cramped sets, more colorful costumes, and some major cast changes. Gone were Barry Morse's Victor Bergman and most of the command staff, replaced with Catherine Schell's shape-shifting token extraterrestrial, Maya, and her comically macho love interest, Tony, portrayed by Tony Anholt.

With all these changes, new publicity material needed to be created to (hopefully) interest potential syndicators and station programmers - as well as the entertainment journals/fan magazines. Here's a smalls election of some of the publicity stills circulated for Space: 1999, Year Two. 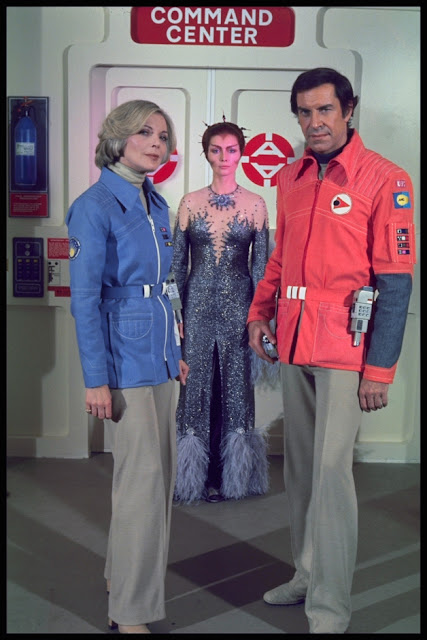 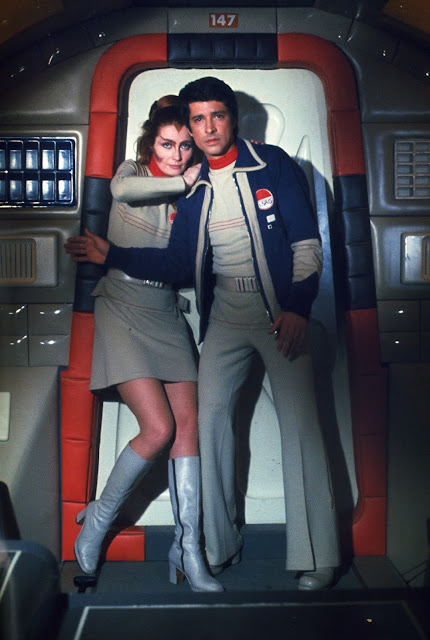 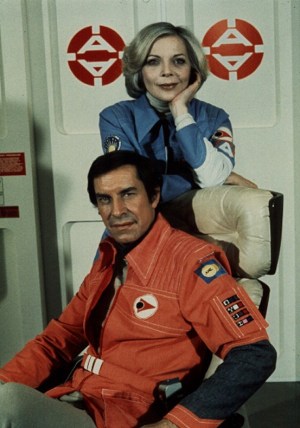 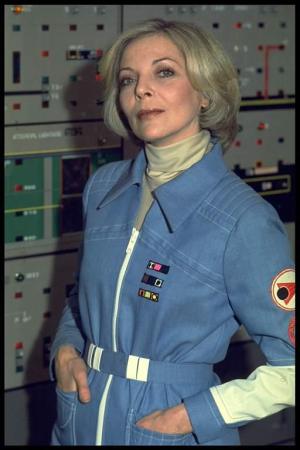 Posted by Christopher Mills at 4:06 PM

Email ThisBlogThis!Share to TwitterShare to FacebookShare to Pinterest
Labels: 1975, Space: 1999