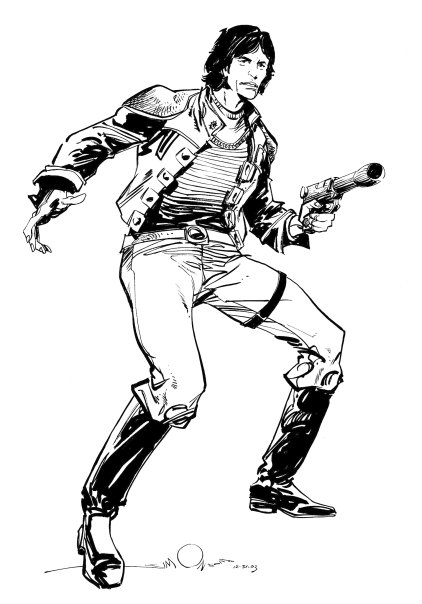 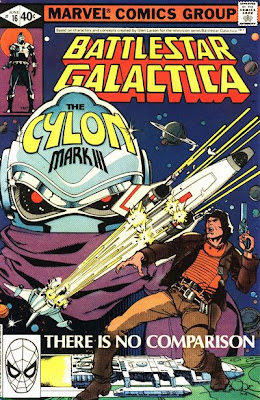 I really enjoyed Marvel Comics' Battlestar Galactica series back in the day, especially once writer/artist Walter Simonson took over the creative duties on the book about halfway through its run. I don't know if he was much of a fan of the show,specifically, but he certainly had a flair for space opera, and wrote some damned entertaining adventure stories.


I remember specifically a story arc where Starbuck disappeared for a while, and when he returned to the fleet, he was pursued by an angry, beautiful space pirate queen (of course!), and another storyline where Lt. Jolly had to go undercover to investigate a black market operation within the Colonial fleet.

There was also a great issue with a "Mark III" super-Cylon. Fun stuff, with lovely, distinctly stylized art.

And speaking of that art, here's a portrait of the heroic Captain Apollo by the aforementioned Mister Simonson, "borrowed" from the artist's Facebook page.
Posted by Christopher Mills at 5:51 AM