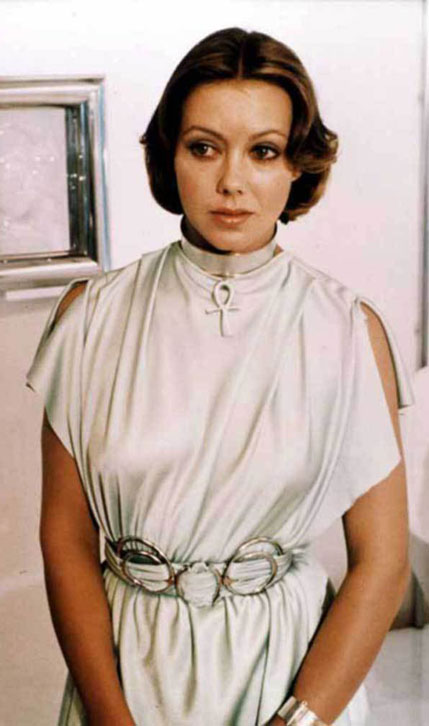 The elfin Jenny Agutter as Jessica Six in the 1976 feature film, Logan's Run. It's a couple days early, but September's Space Babe is one of my all time favorites. Beautiful and sexy with a charming innocence, Agutter's layered portrayal of Jessica Six is forever seared into my adolescent brain. Doesn't hurt that she had a couple of tantalizing nude scenes... and that dress! 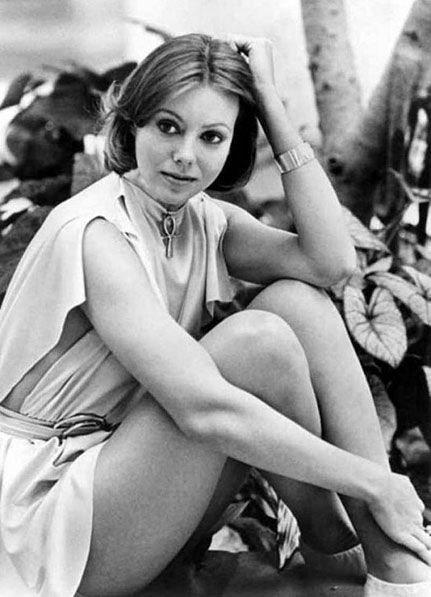 Born on December 20, 1952, in Taunton, Somerset, England, UK, Agutter was the daughter of an army officer and spent her childhood traveling and living in different countries. Her film career began at the age of 12!

Agutter is an accomplished and prolific English actress with substantial television, film and stage credits. Her genre credits are slim, aside from her iconic role in Logan's Run, but she did appear in episodes of The Six Million Dollar Man, and is well-known for her co-starring role in 1981's An America Werewolf In London.

Posted by Christopher Mills at 3:40 PM