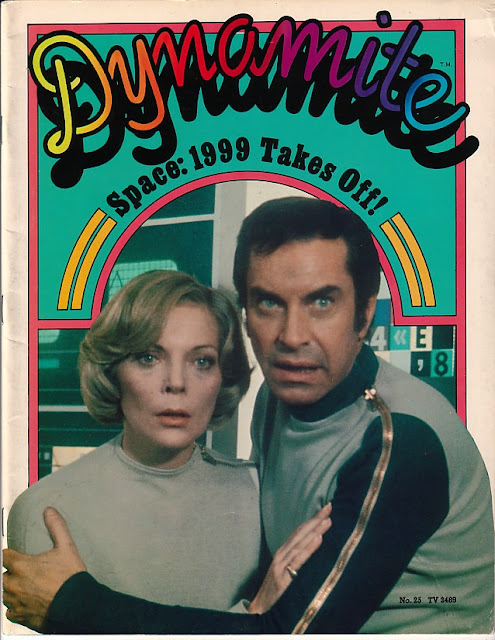 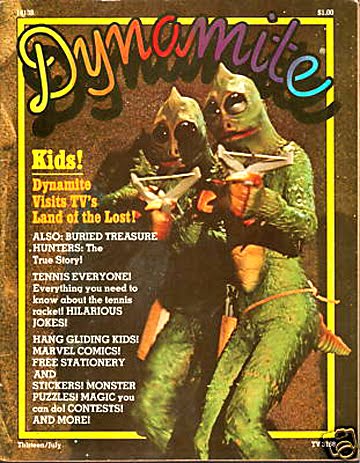 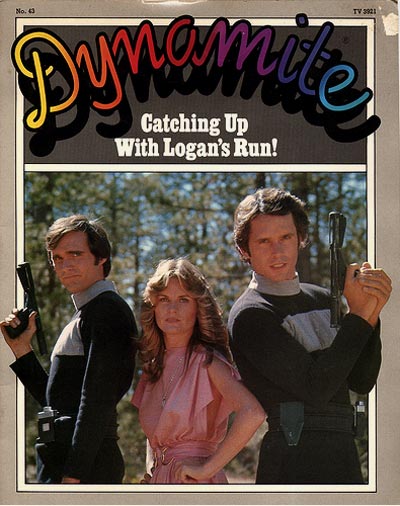 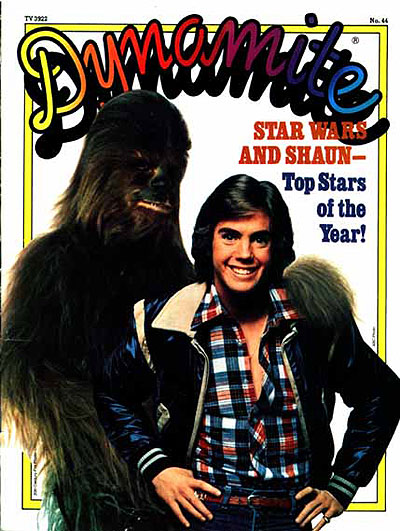 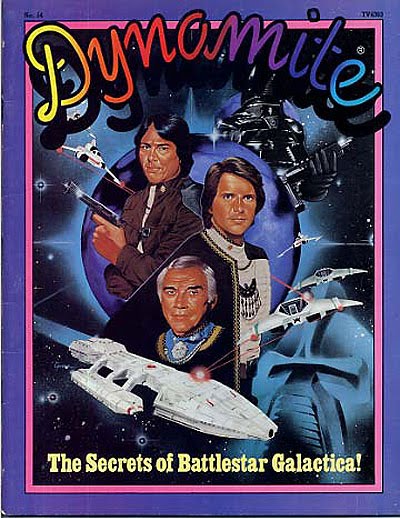 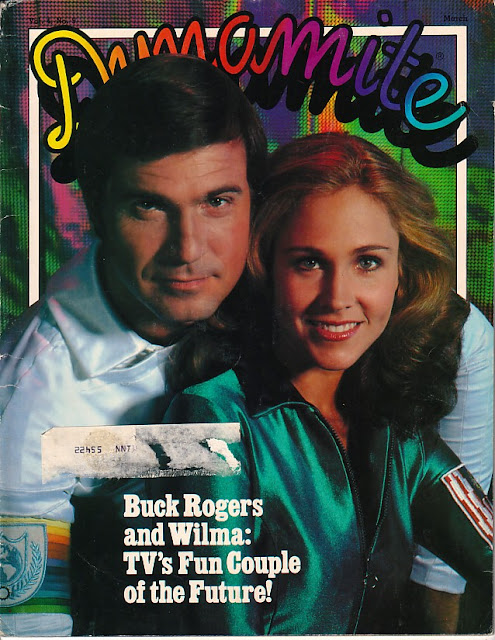 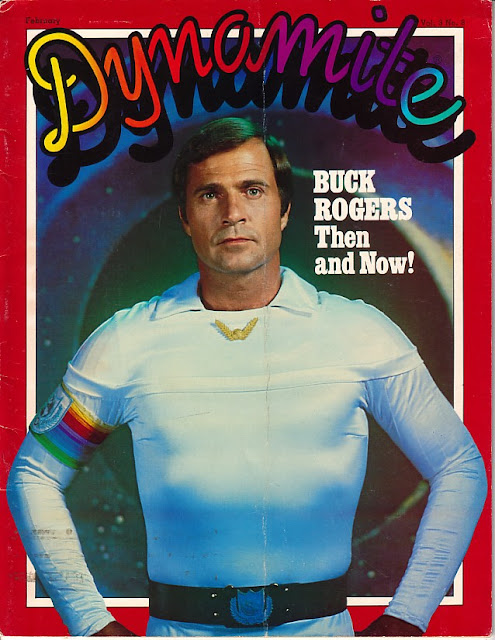 Back in the distant mists of prehistory - the 1970s - grade school kids across America were first exposed to the concept of "pop culture magazines" with the monthly publication called Dynamite. Sort of an Entertainment Weekly for pre-adolescents, the colorful magazine showcased the hottest stars, TV shows, and movies of the day.

If your school participated in the Scholastic Book Club, you'd get an order form for your parents to order an assortment of children's paperback books. Some were pretty cool: I still have a few of my old Scholastic purchases, including a really cool time travel adventure by Lester Del Rey and a Martian sci-fi adventure by Robert Silverberg. The order form also offered Dynamite, and as far as I know, it was only available through Scholastic's club. Because of the order form, you always knew in advance who or what was going to be on the cover, and there were tons of cool games, puzzles, comics, articles and Shaun Cassidy posters in every issue.

I guess the magazine - and club - lasted into the early 80s. I remember that Marvel had their own Dynamite clone, called Pizzazz, and I vaguely recall another similar magazine called Bananas, but I never read either of those. I did get Dynamite every month, though, and except for those Battlestar Galactica and Buck Rogers issues (I was too old for the club by then, having moved on to Junior High), I'm pretty sure I had all of the other ones shown above. I specifically - and vividly - remember the Space: 1999 and Logan's Run covers.
Posted by Christopher Mills at 4:32 PM