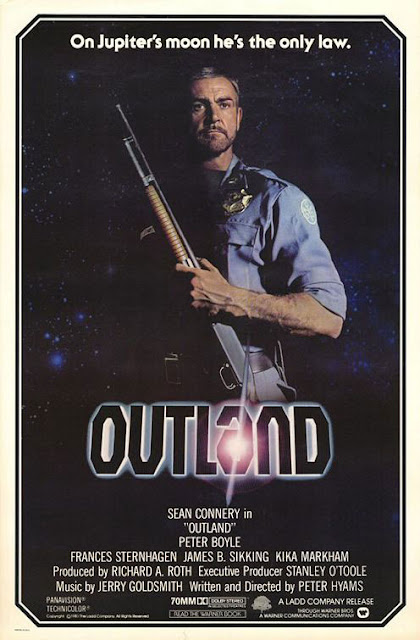 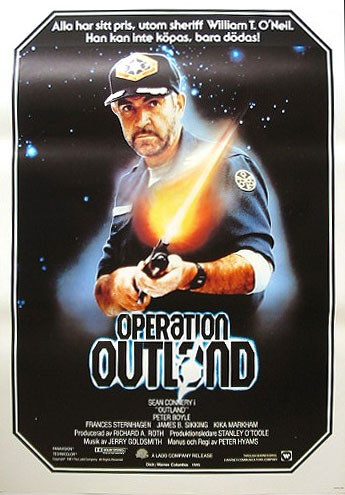 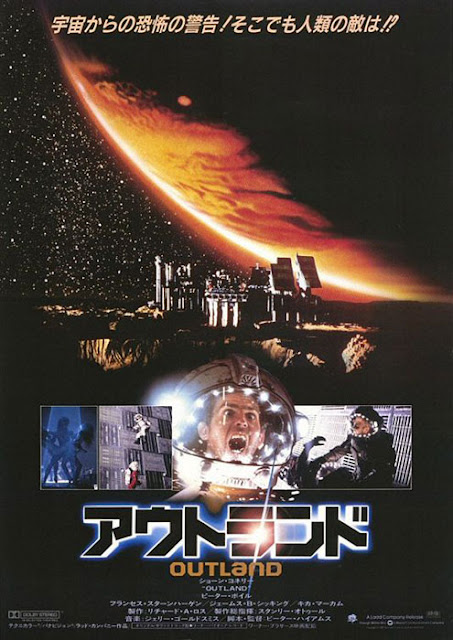 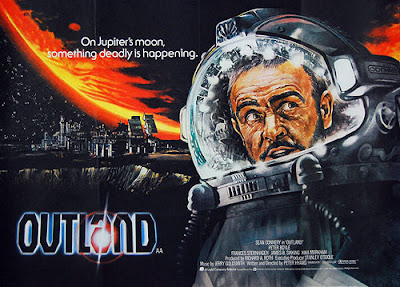 Outland is another favorite space Western of mine. When I saw this in the theater during the summer of 1981, I was at the peak of my James Bond fanaticism, and, as far as I was concerned, Sean Connery could do no wrong. Of course, the best thing about this film is Frances Sternhagen, although I really like the production design, miniature effects and Jerry Goldsmith score, too.

Despite the "functional" look of the Io mining station sets, Outland is no more realistic than most of the other films I write about here at Space: 1970. Slightly less fanciful, perhaps, but it's still good, old fashioned space opera, just dirtied up a bit.
Posted by Christopher Mills at 11:59 PM