Lost in the Devil's Triangle, trapped in a dimension with beings from the future and other worlds, a party of adventurers journey through zones of time back to their own time. Varian, a man from the 23rd century, possessing awesome powers; from 1977; Fred, a young doctor just out of medical school; Scott Jordan, the thirteen-year-old son of a famous scientist; Liana, daughter of an Atlantean father and an extraterrestrial mother; and Jonathan Willaway, a rebel scientist from the 1960s. Together they face the frightening unknown on... The Fantastic Journey.

When I was thirteen, NBC aired ten episodes of this oh-so-70s science fiction fantasy series. Starring Ike Eisenmann between Disney's Witch Mountain flicks, and the always-welcome Roddy McDowell, The Fantastic Journey was tailor-made for kids like me. Hell, just the words "Bermuda Triangle," were enough to get my pulse racing back in '77, and when this show came on, I was glued to the set. 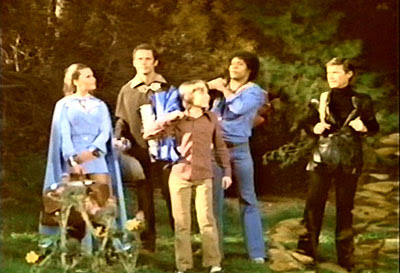 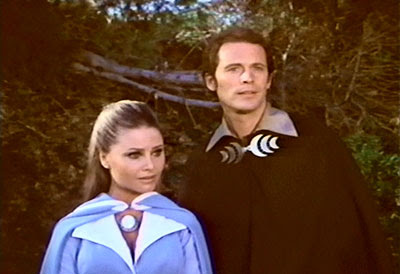 My memories of it were vague through most of my life, as I never saw an episode after the last show aired on June 16, 1977. If it was ever rerun, I never saw it. In fact, no one I ever mentioned it to even remembered it at all, and if not for a few articles in Starlog magazine, I might have convinced myself that I'd dreamed the whole thing. But, in the mid-90s, I was working for Tekno*Comix in Florida as an editor and writer. Tekno was run by the same lawyers who'd created the Sci-Fi Channel, and was actually financed, in part, by having sold the cable channel concept to MCA/Universal a year or two before. Well, one afternoon, I happened to see a VHS tape in a big pile of junk that was being carried down to the dumpster. As I always had to check out any video I came across, I snagged it and discovered that it was a complete episode of The Fantastic Journey!

Not a great episode, and not the pilot, which I was particularly eager to see again, but still. 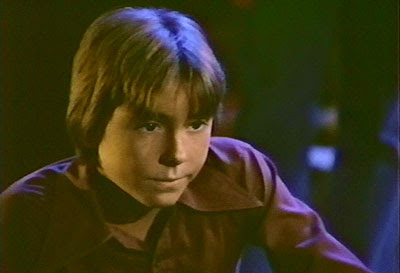 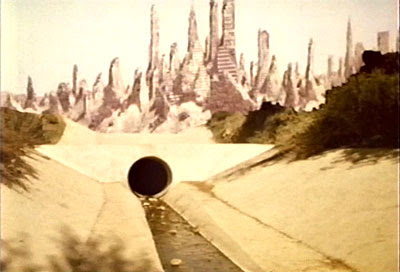 Anyway, last night I found the tape again, and transferred it to a DVD-R disc. As it burned, I watched it again, and was fascinated by some of the names in the credits. Producers William Cairncross and Leonard Katzman, along with story editor (and Star Trek vet) D. C. Fontana went directly from this show to manage Logan's Run the following season, and creator/executive producer Bruce Lansbury moved on to Wonder Woman, and then, Buck Rogers in the 25th Century.

The cast of The Fantastic Journey was interesting, too. Aside from sci-fi faces Eisenmann and McDowell (whose character was sort of a more restrained - and thus, tolerable - version of Jonathan Harris' "Dr. Smith" from Lost In Space), there was the legitimately otherworldly Jared Martin (who later starred in the late-80s War of the Worlds syndicated series) as futureman Varian, who carried a small sonic device (looked like a glowing tuning fork) that was nearly as versatile as a certain Timelord's screwdriver, and the lovely and mysterious (seriously, I can't find anything about her on the web) Katie Saylor as the half-Atlantean/half-alien Liana. Carl Franklin is also quite good as the young doctor, Fred. 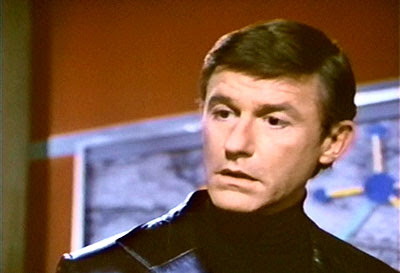 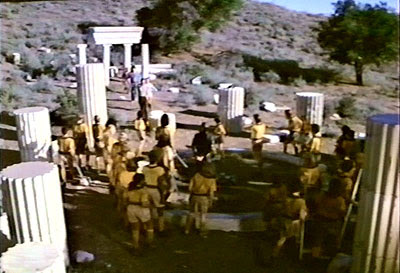 As to the show itself, it was pretty typical 70s TV fare. The episode I have a copy of, "Children of the Gods," is the obligatory "Lord of the Flies" knock-off plot that appeared on Star Trek, The Starlost, etc. and not particularly good. In fact it looks a lot like - and I guess that it's no surprise - the Logan's Run series, with lots of roaming around Griffith Park, running up and down corridors, and very limited effects (a single matte painting of a ruined city over a concrete culvert and one animated raygun blast). But it is professionally crafted and entertaining.

I would love to get my hands on the rest of the series one day. Maybe Columbia will initiate its own "manufacture-on-demand" program like Warners Archive one of these days and make the series available...
Posted by Christopher Mills at 12:30 AM