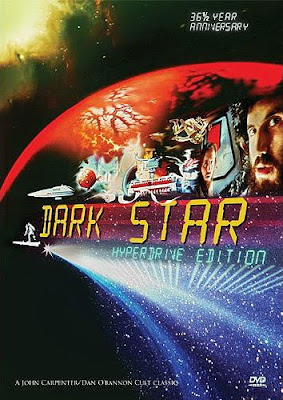 After literally years of rumors and teases, it looks like VCI Entertainment finally will be bringing the Dan O'Bannon-John Carpenter classic, Dark Star, back to DVD in a new, improved, "Hyperdrive Edition."

This new DVD will contain both the shorter 1974 “Original” student film version and the longer 1975 “Theatrical” release version. The 2010 “Hyperdrive Edition” DVD has been sourced from a new 16x9, 35mm transfer, with a further painstaking, frame-by-frame digital restoration of the video master to produce "the best picture ever seen." The soundtrack has also been digitally enhanced and restored to Dolby Digital 5.1.

Dark Star - Hyperdrive Edition is already available for pre-order at Amazon (see link below), and is due to hit the streets on October 26, 2010.

Posted by Christopher Mills at 11:14 PM