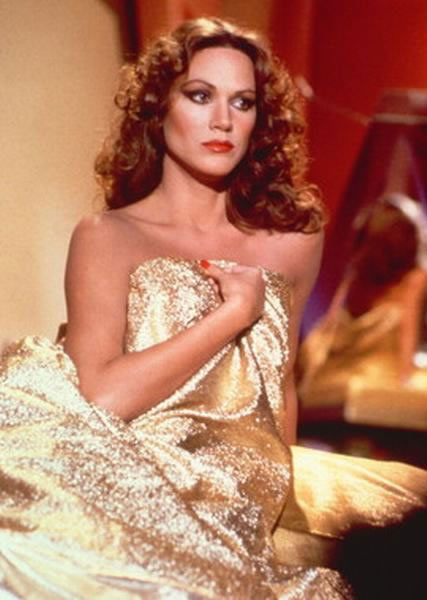 The shapely, sultry Pamela Hensley as Draconian Princess Ardala on Buck Rogers in the 25th Century. Even though she only appeared in five episodes of the show, she's clearly the most memorable sci-fi bad girl of the decade, with her unabashed sexual obsession with hunky Buck and her elaborate - and utterly absurd - schemes to make him her "consort." Looking back on it, Captain Rogers didn't really seem all that put-off by the prospect (and seriously, why would he? look at her!), it was just that he, in his 20th Century Neanderthal way, preferred to be the aggressor, I think. 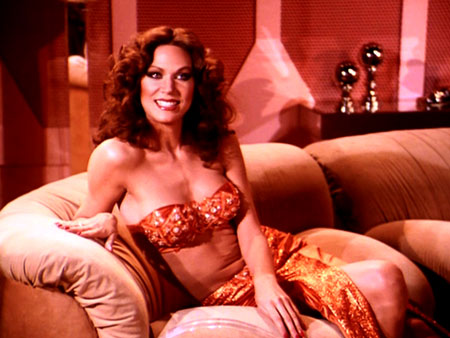 With her sharply-defined features, commanding presence and fantastic figure, Hensley presented a sharp contrast to the series' resident "good girl," Erin Gray's Wilma Deering, creating a memorable femme fatale that could go from haughty princess to spoiled brat in a heartbeat, and be sexy as hell either way.

Born in 1950, Hensley appeared on numerous television shows in the 70s and 80s, and had small roles in Doc Savage, Man of Bronze, Rollerball and The Nude Bomb. She guested on The Six Million Dollar Man a few times. Her most prominent role, post-Buck, was as a regular on the private eye show, Matt Houston, after which, she appears to have retired from acting.
Posted by Christopher Mills at 3:33 AM