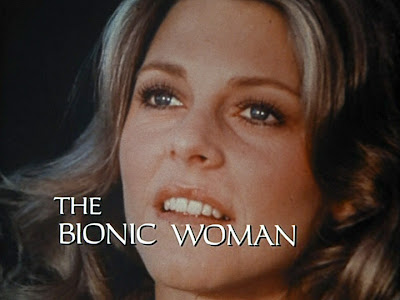 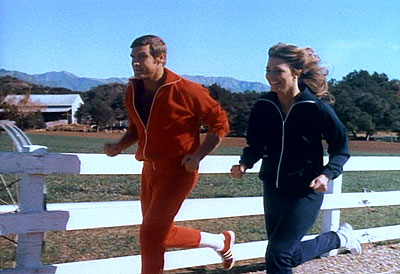 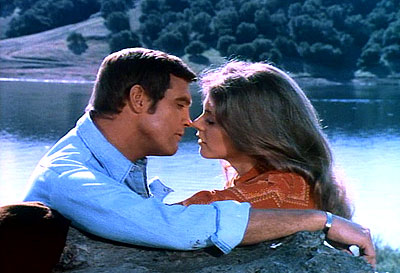 In the series' second year, audiences were introduced to his childhood sweetheart, Jaime Sommers (Lindsay Wagner) a professional tennis player. Of course, being the hero's girlfriend rarely works out well, and she suffered her own tragic accident while skydiving. Steve Austin was able to persuade his government boss, Oscar Goldman (Richard Anderson) to provide Jaime with her own mechanical parts, and thus was born The Bionic Woman (1976-78).

The character was killed off at the end of that first The Six Million Dollar Man two-parter - can't have your hero tied down, you know - but, much to the network's surprise, public outcry to the death of Jaime Sommers was immediate and unprecedented. Wagner, an exceptionally fine actress, had been so appealing in the role that viewers - especially young ones - were deeply upset by the character's fate, so plans were made to revive the character. 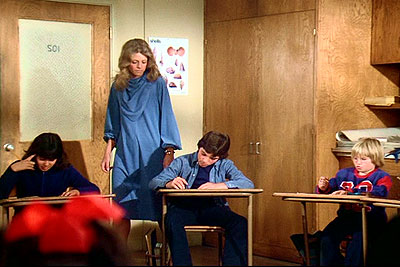 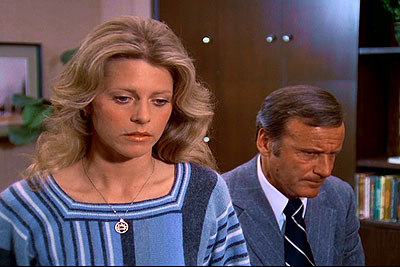 The return of the character (through some clever techno-double-talk by writer Kenneth Johnson) was a ratings phenomenon, so the network immediately demanded that Jaime Sommers get her own spin-off series. The series ran for three years - on two networks - and the first 13-episode season was released by Universal on DVD in October. 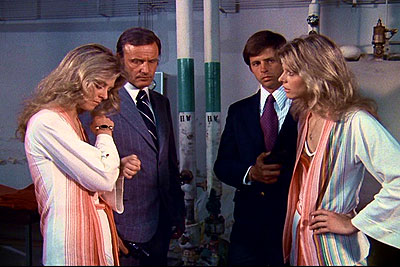 The series, which had Jaime Sommers working as a schoolteacher on an Air Force Base and going on missions for the Office of Scientific Intelligence (OSI) on the weekends, was a better-than average 70s adventure show, with an extremely likable and human heroine, portrayed with humor and intelligence. The stories themselves varied in quality, but Wagner always brought her game to every episode, making even the most absurd situations palatable. She took her orders from Steve Austin's boss, Oscar Goldman, which meant that actor Richard Anderson pulled double duty as a regular on two weekly series simultaneously. Lee Majors also showed up in cameos fairly often during the early episodes, maintaining another clear link to the parent show. 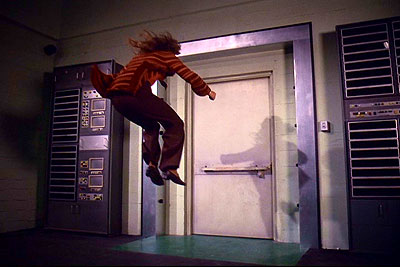 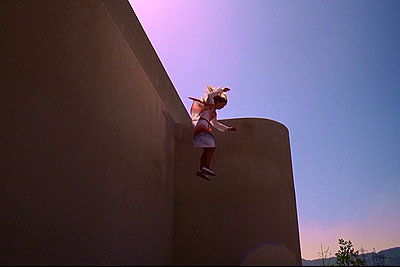 The production values were up to Universal TV's usual slick, professional standards, and the first season was graced with a number of well-known guest stars like Andy Griffith, Donald O' Connor, Kristy McNicholl, Tippi Hedren, Forrest Tucker and Terry Kiser. 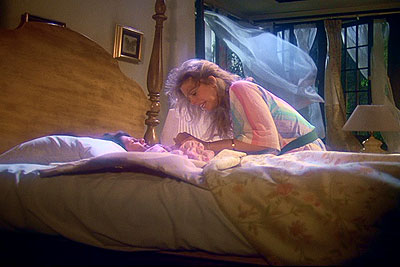 Universal's 4-disc DVD set includes all 13 episodes from the series first year of The Bionic Woman, as well as the five The Six Million Dollar Man episodes that introduced the character, in proper chronological sequence. The 1.33:1 "full frame" transfers are remarkably sharp and free of evident wear or damage. The 2.0 audio is clear. Bonus features include the aforementioned Man episodes, a photo gallery, a vintage gag reel, commentaries on a handful of episodes by writer/producer/creator Kenneth Johnson and others, and a retrospective documentary featuring on-camera interviews with many of the show's principals, including Lindsay Wagner, Richard Anderson and Johnson.

If you grew up in the 70s thrilling to the adventures of the bionic duo, this DVD set from Universal is highly recommended. The show holds up surprisingly well, and Wagner really makes those distinctively 70s fashions work. The stories vary in quality, but the character remains a strong, smart, funny, positive role model, and it's no wonder that everyone loved her. The Second Season is scheduled to be released next month, and is available for pre-order online. Here are links to both seasons at Amazon.com:

The Bionic Woman: Season One

Posted by Christopher Mills at 1:25 AM