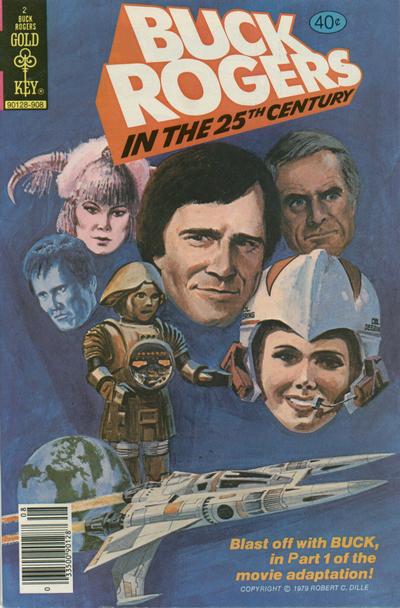 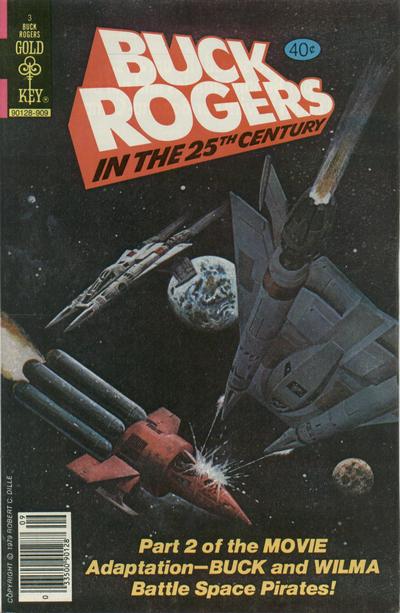 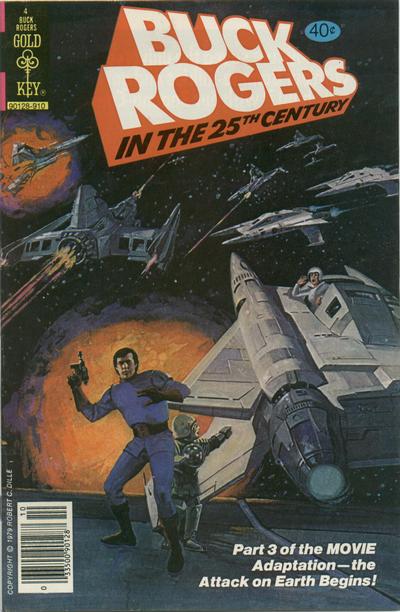 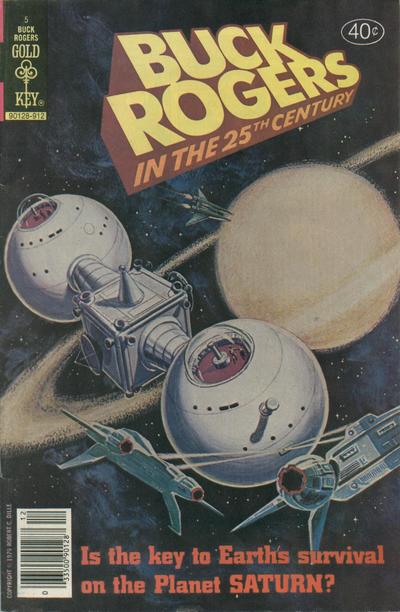 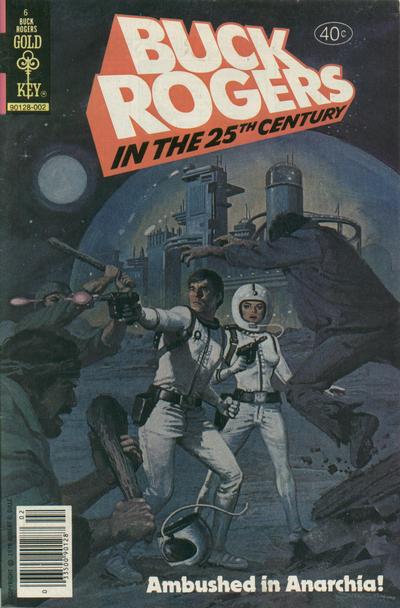 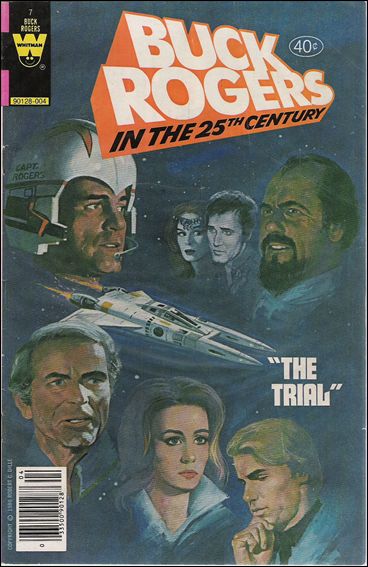 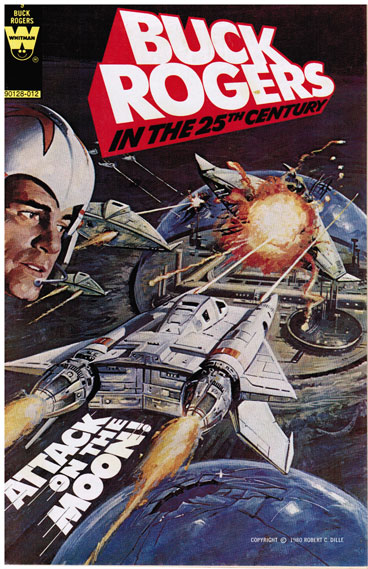 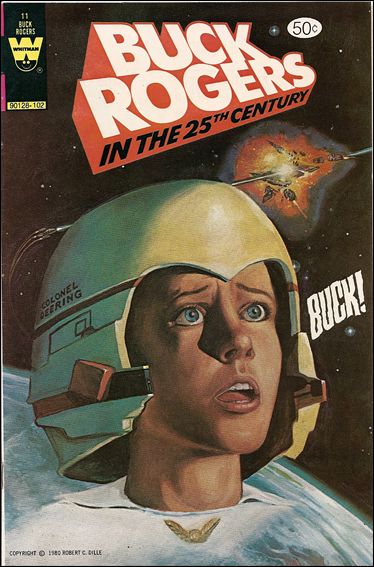 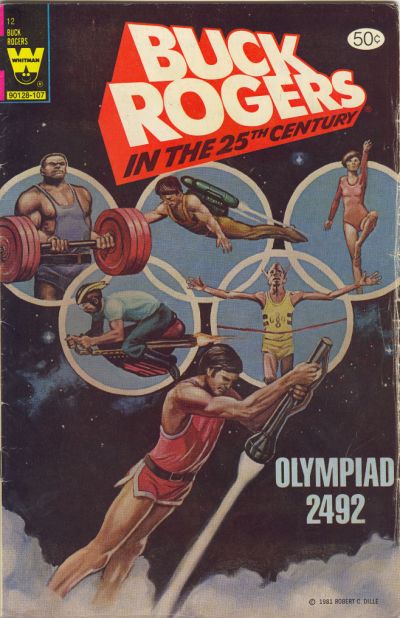 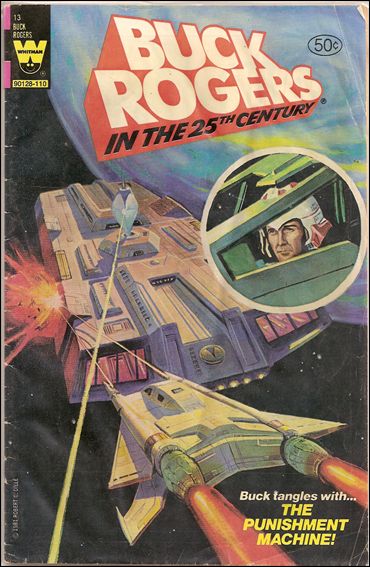 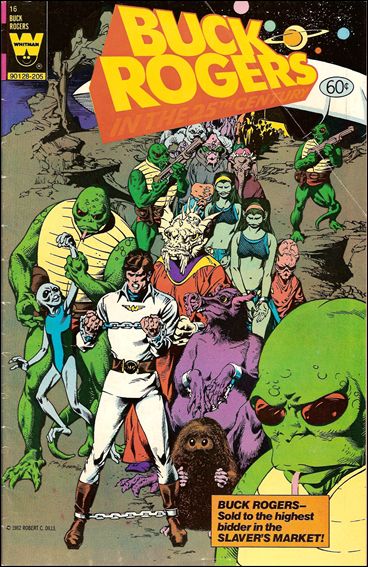 Because Gold Key Comics had published a Buck Rogers one-shot in 1964, they apparently had first dibs on the Buck Rogers In The 25th Century TV comic book. Their run began with issue #2 (picking up numbering from the 1964 first issue) and ran through at least 16 issues, the first three of which adapted the pilot film. (Subsequently re-issued as a "Treasury"-sized book, distributed by Marvel Comics!)

This gallery is missing a  few issues - couldn't track down scans in any of the online databases for issue 8 or10. The scans I did find are courtesy of the Grand Comics Database and Comic Book DB.
Posted by Christopher Mills at 1:45 AM