News: BATTLE BEYOND THE STARS (1980) Blu-Ray & DVD Available For Pre-Order 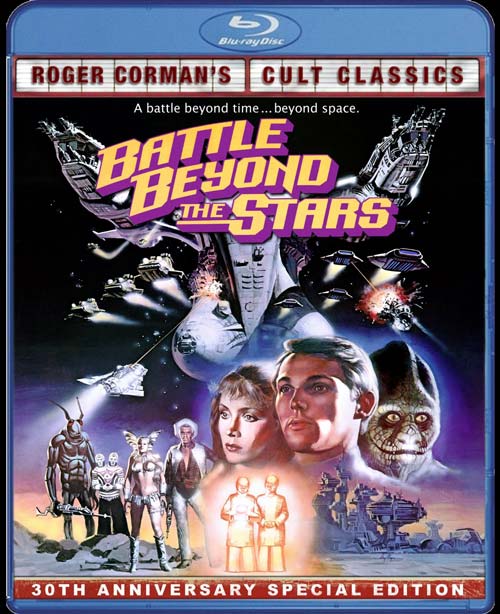 Thanks to a head's up from Space: 1970 reader Brandon Gantt, I can report that Amazon has just made the Shout! Factory "Roger Corman's Cult Classics" Blu-Ray and DVD for Battle Beyond The Stars available for pre-order through their site.

The listing says it will be out on April 12th (this week!), but I believe they are mistaken. The last I heard, the disc is due out this Summer, probably in July.

Here are the links for the Blu-Ray and DVD editions:

If it turns out that Shout! is indeed stealthily releasing the title this month, and any of you Space: 1970 Star Kids actually get your hands on it, please drop me a line. Battle Beyond The Stars is currently my most-anticipated forthcoming Blu-Ray release, and I'm sure I'm not alone.

UPDATED  4/11: Just updated this post with a large scan of the Blu-Ray packaging.
Posted by Christopher Mills at 11:08 PM

Email ThisBlogThis!Share to TwitterShare to FacebookShare to Pinterest
Labels: 1980, Battle Beyond The Stars, News