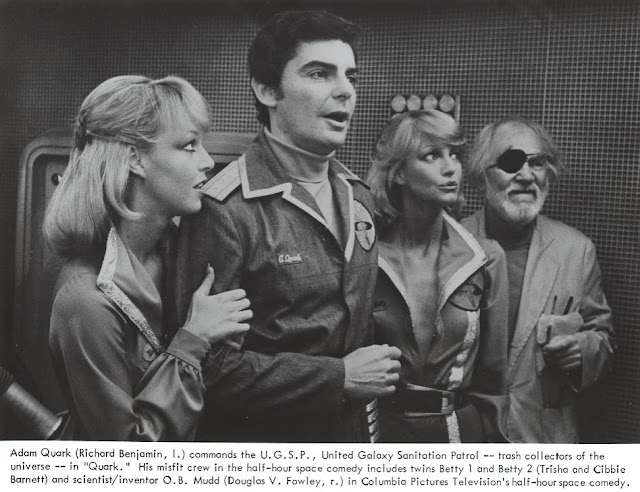 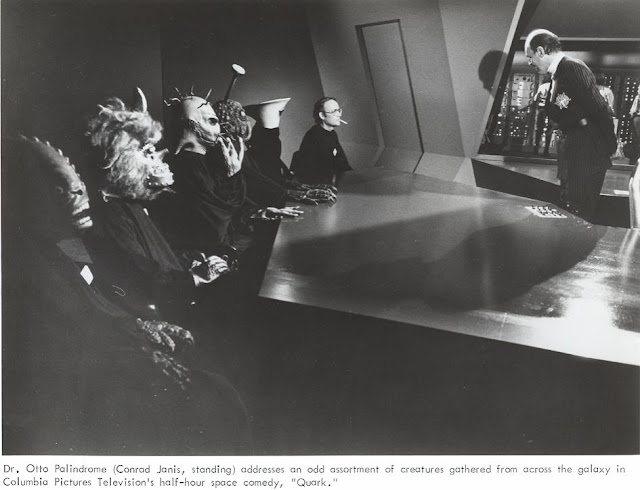 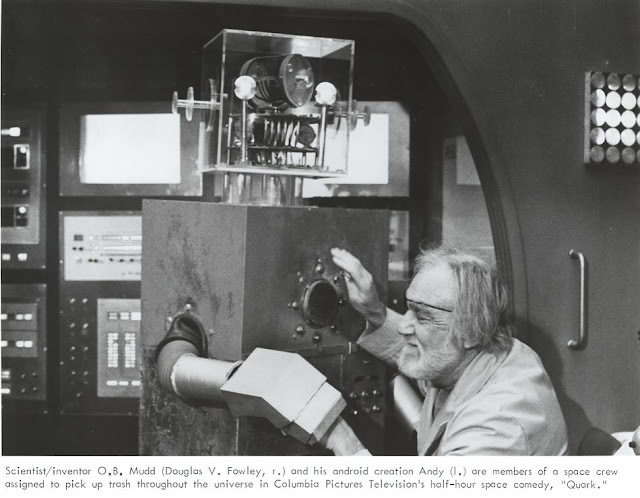 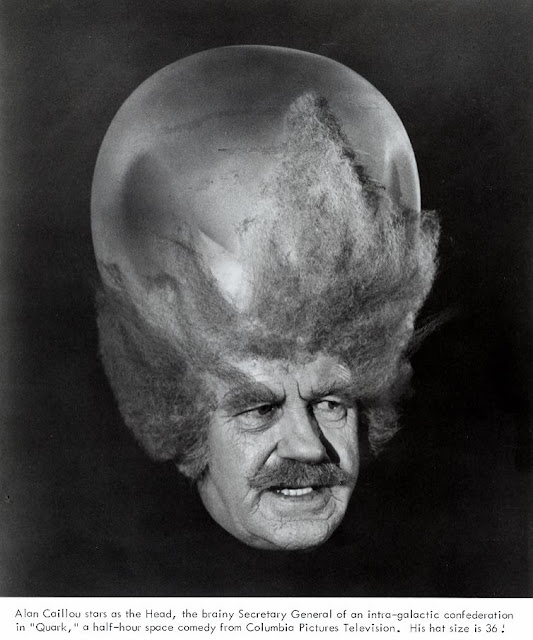 Here's a selection of press stills for the pilot episode of Buck Henry's sci-fi spoof, Quark, which originally aired on May 7, 1977. The series (all seven episodes of it) followed that fall, with one major cast change: ship's science officer O.B. Mudd, played by Douglas Fowley as an absent-minded, and possibly a little mad, scientist, was replaced by Richard Kelton as Ficus, the logical, unemotional Vegeton.

Interestingly, Cyb and Tricia Barnstable were credited as "Cibbie and Trisha Barnett" in the pilot.
Posted by Christopher Mills at 9:56 PM

Email ThisBlogThis!Share to TwitterShare to FacebookShare to Pinterest
Labels: 1977, Quark