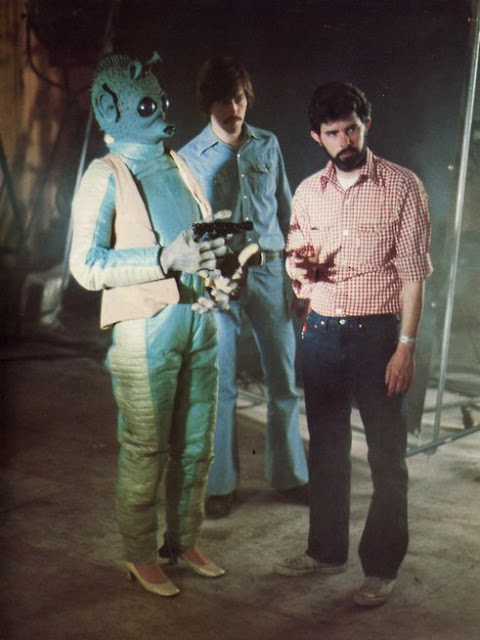 George Lucas directs ill-fated galactic bounty hunter Greedo (Maria De Aragon in high heels!) on the set of Star Wars in 1976. Actor Paul Blake also portrayed the character in the film, in the scenes where both Greedo and Han Solo are seen in the same shot. The two Greedo suits weren't quite identical; look closely and you'll see that the shape of the alien's fingers change from shot-to-shot.
Posted by Christopher Mills at 12:59 AM