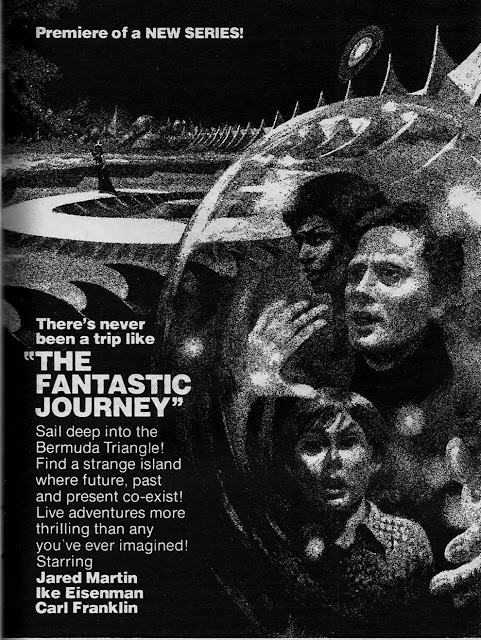 Here's the bizarrely psychotronic TV Guide advertisement that NBC ran for the premiere of its short-lived science fiction series, The Fantastic Journey, starring Escape To Witch Mountain space kid, Ike Eisenman, Jared Martin and Carl Franklin (who would become an acclaimed film director in the 90s, with movies like One False Move and Devil In A Blue Dress).

The pilot film had about twice as many main characters as the ongoing series that followed it, characters that were written out rather clumsily at the end of the premiere in a tacked-on scene. In subsequent episodes, the lovely Katie Saylor and Space: 1970 favorite Roddy McDowell would join the cast as they wandered through various strange universes and different time zones.