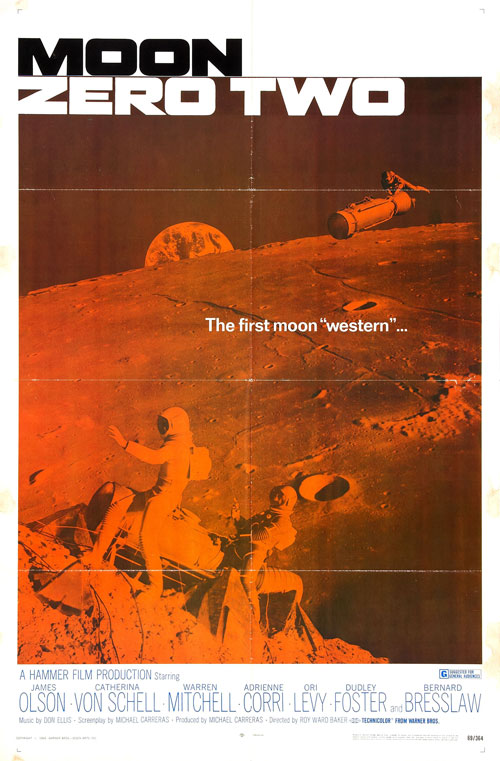 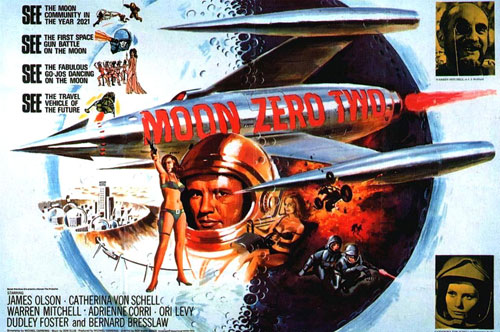 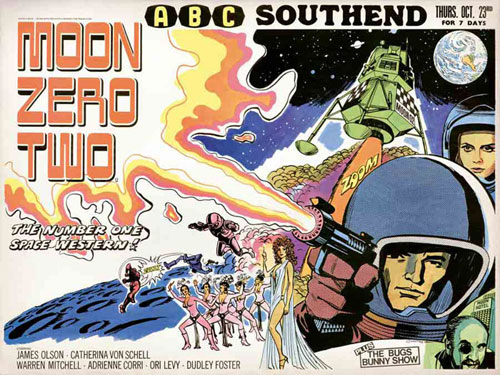 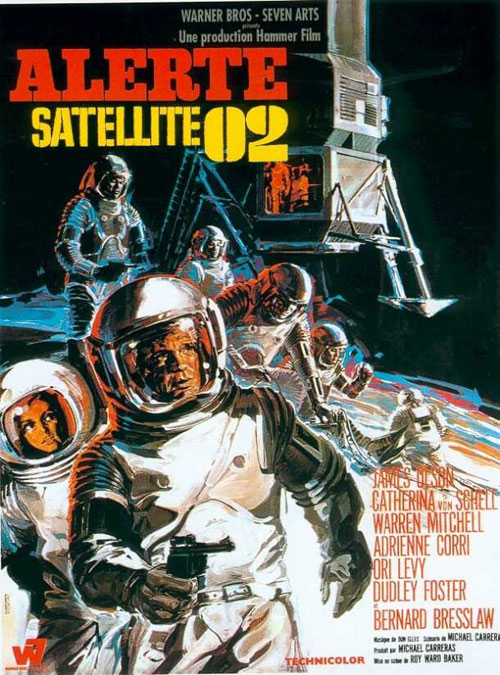 Moon Zero Two was produced by England's Hammer Films - a studio better known for gothic horrors like Taste The Blood Of Dracula and Frankenstein Must Be Destroyed - in 1969, as the world's first overt "Space Western." Lots of B-movie space operas of the 50s and early 60s were little more than disguised cowboy flix, but Moon Zero Two was the first one to not only admit it, but make it part of its advertising campaign.

The plot was cribbed from a half-dozen standard Western B-movie scenarios, just transplanted to the moon. Unfortunately, director Roy Ward Baker, a Hammer veteran, who could be excellent when working within his element, was way out of his comfort zone with this offbeat sci-fi flick. What should be a fast-paced, tongue in cheek Lunar frontier romp is, instead, an unfortunate, plodding misfire.

The movie does have a lot going for it, though, especially for Space: 1970 aficionados. The female lead is Catherine Schell (Space: 1999), looking gorgeous in a variety of futuristic (circa 1969) space fashions, and the overall production design is delightfully "mod" - very much in line with Gerry Anderson's UFO and Journey To The Far Side Of The Sun. Someday soon, I'll try to write up an full review of the film. In the meantime, I hope you enjoy these colorful one-sheets and quad posters from the movie's original international release.

It's interesting to me that the U.S. poster (top) portrays the film more along the lines of something like 2001 or Marooned (i.e.a  more "reality-based" space adventure), while the British and other international posters play up the more comic strip (literally in the case of poster #3), sixguns 'n spacesuits intent of the filmmakers.
Posted by Christopher Mills at 4:32 PM