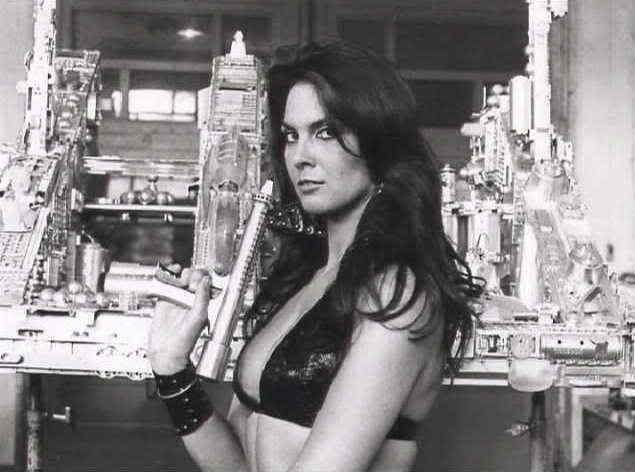 •  Am still struggling to wrap up various writing commitments, so there will continue to be mostly graphics-heavy posts (comic book covers, posters, stills, etc.) here at Space: 1970 for a while yet. I do still  plan on posting DVD reviews of  the Warner Archives discs of The Bermuda Depths, Thundarr the Barbarian and Strange New World over the next month or so, and will obviously be writing about the Battle Beyond The Stars and Damnation Alley Blu-rays that are due from Shout! Factory on Tuesday. I also hope to have the second Space: 1970 Podcast available in August. Stay tuned. 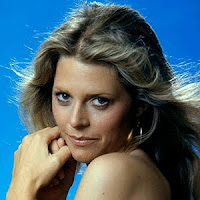 •  Although Universal continues to maintain that the audio problems on their recent release of The Bionic Woman Season 2 DVDs were inherent in the source materials that they had available at the time, they are now offering "corrected" replacements for disc 4, which contained the worst of the problems. I've contacted their Customer Service folks and will be sending my disc in exchange for the replacement next week. Here's the official info:


The initial release of "The Bionic Woman: Season 2" was issued with the best audio elements that the studio had available at the time, which included noticeably imperfect audio from the episode, "Deadly Ringer." Constructive feedback and suggestions since provided from fans has led to the uncovering of additional source material to repair (or improve?) the audio on this specific episode.

Consumers not satisfied with their purchase can send their mailing addresses to Universal Studios Home Entertainment Consumer Relations at: USHE.ConsumerRelations@bydeluxe.com. They will receive information on returning disc 4 which featured the episode, "Deadly Ringer," in exchange for a replacement disc with corrected audio.

•  Filmmaker Sandy Collora, director of the 70s-esque sci-fi adventure film, Hunter Prey, which I was very impressed by, dropped me a line a couple days ago to tell me about his newest project. This one, Shallow Water, appears to be a "rubber suit monster" thriller in the vein of Humanoids From The Deep or Alien... and that sounds cool, too:


Here’s my theory; The industry nowadays seems so focused on genre movies needing a “hook”, that the basic elements so vital to making these films work, seem to go out the window.  Sadly replaced by shaky cam, indistinguishable nonsense, CGI monsters that you never really get a good look at, “found footage”, or the newest 3D technology…  All the iconic films mentioned above that have literally defined the genre, have NONE of those things in them.  Great characters, a compelling, scary story, and a well designed, organic, monster are all you need to make good horror film.  It’s really not that complicated.

Much like my last film; “Hunter Prey”, “Shallow Water” will be a hand made movie, harkening back to all the classic horror films of the 70’s and 80’s, when the creativity and ingenuity of the filmmakers were the tools used to craft a film, instead of gimmicks and marketing hooks.  Join us on this adventure by visiting our kickstarter page and be a part of something that truly embodies the spirit of independent filmmaking.

As noted in the quote from his blog above, Sandy's trying to raise some financing through Kickstarter. Anyone who might be interested in checking it out, should click on those links.

•  Finally, today is my 46th birthday. I plan on spending it pantless and watching movies.

Have a great weekend, Star Kids!
Posted by Christopher Mills at 2:09 AM