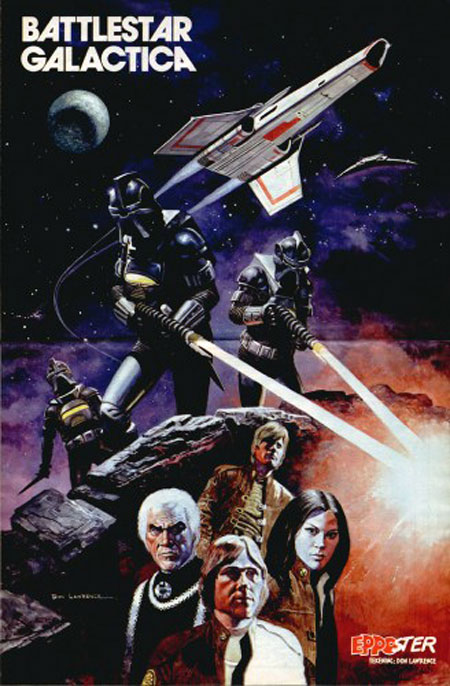 I'd never seen this atmospheric Battlestar Galactica artwork before this morning, but I really dig it. From the scan, it appears to have been a pull-out poster originally published in an unknown (to me) fan magazine. There's a signature, but I can't make it out. Can any Space: 1970 visitors identify the artist for me and/or say where this appeared?

ADDENDUM: You guys are good! As many folks have now informed me here and on this blog's Facebook page, the art is by British comics artist Don Lawrence, and the art appeared in a Dutch magazine called Eppo (hence, the "Epposter" logo in the lower, right-hand corner. I had no idea what Eppo was!)
Posted by Christopher Mills at 6:38 AM