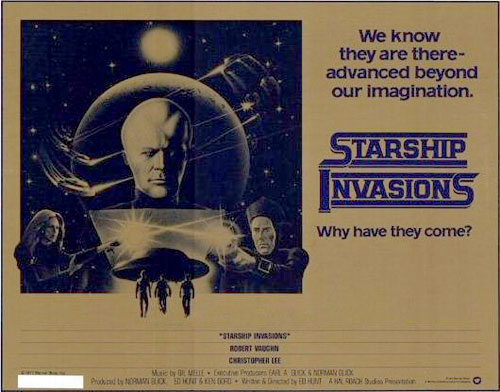 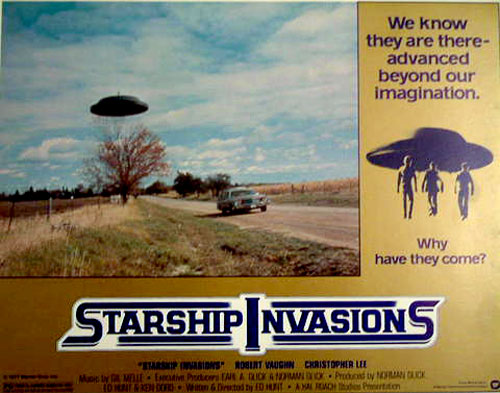 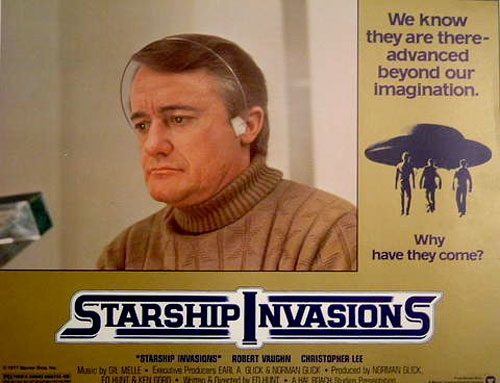 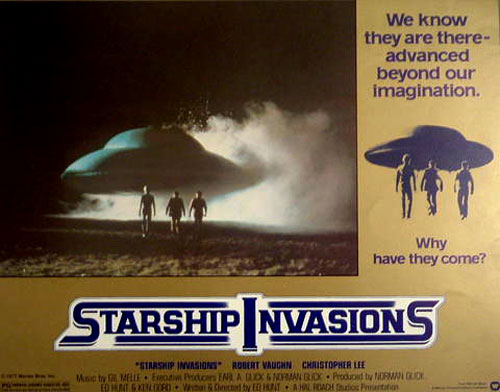 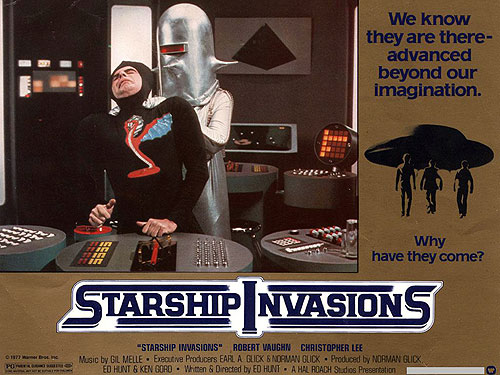 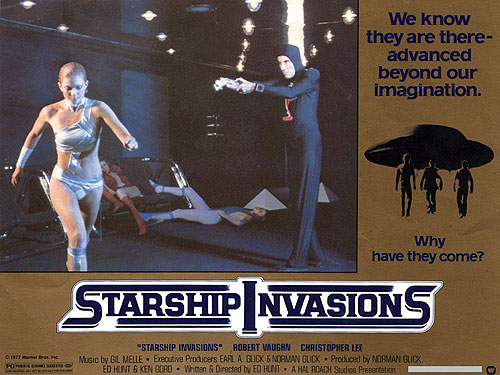 Here's a nice set of theater lobby cards from Ed Hunt's 1977 flying saucer sci-fi flick, Starship Invasions, starring Robert Vaughn and Christopher Lee (along with a lot of hot Canadian starlets as extraterrestrial space babes). As this was released in the States by Warner Brothers, I wonder what chance there is that they still have the rights? Or that we might see a DVD release from Warner Archive?  Hmmm....
Posted by Christopher Mills at 3:23 AM