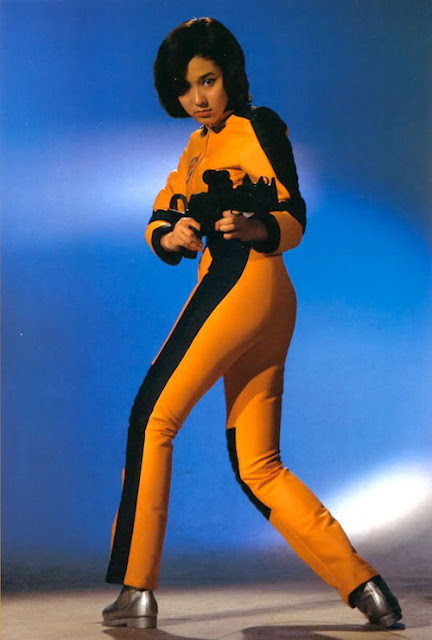 July's Space Babe is pretty Japanese actress Yûko Asano, plucky astronette of Toho Studios' 1977 space opera, The War In Space. As Jun Takigawa, the token female crewmember aboard the Earth spaceship Gohten, she was pretty much destined to be kidnapped by the evil Supreme Commander Hell of the alien space battleship Daimakan ,and his Wookiee-like, battle axe-wielding, "Space Beastman." Also inevitable, of course, was the alien leader forcing her to wear a skimpy leather slave outfit. 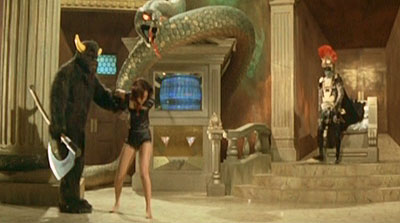 An award-winning actress and singer,Yûko Asano was born on July 9th (coincidentally, my own birthday!) in 1960, and has had a prolific career in film and television in Japan.

Posted by Christopher Mills at 12:01 AM

Email ThisBlogThis!Share to TwitterShare to FacebookShare to Pinterest
Labels: 1977, Japan, Movies, SpaceBabes, The War In Space