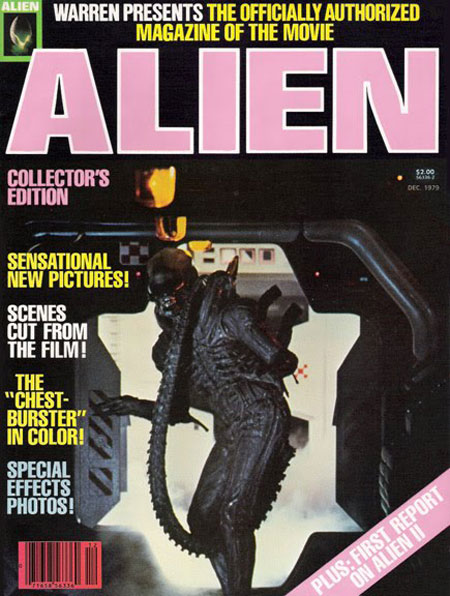 Warren Publishing, publishers of Famous Monsters Of Filmland, Vampirella, Eerie and Creepy, put out several authorized, B&W "collector's" magazines in conjunction with major genre films of the Space: 1970 era. Among these were Moonraker, Meteor, and Alien. These were basically full-issue, Famous Monsters-styled "filmbooks," featuring a long, detailed plot summary, actor profiles and behind-the-scenes articles, all written for 13 year-olds. Which, of course, was pretty much the exact target audience. 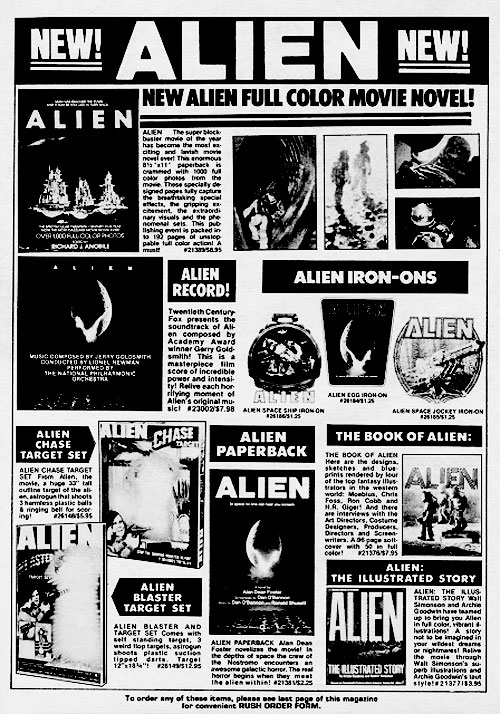 Each of these Warren collector's magazines also had plenty of ads in the back for Warren's mail-order outfit, The Captain Company, which offered thousands of genre products - from Warren magazine back-issues to paperback novelizations, posters, models, action figures, masks, t-shirts and LPs. Looking at the representative Captain's Co. ad above, I'm still amazed how many kid-targeted items of merchandise were licensed by 20th Century Fox for an R-rated horror film. Such a thing would hardly raise an eyebrow today, but in the 70s...?
Posted by Christopher Mills at 3:35 AM