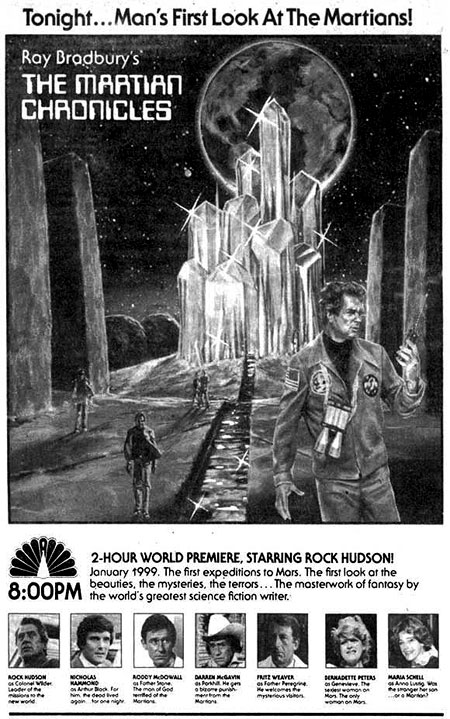 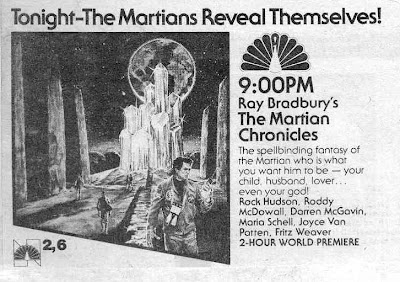 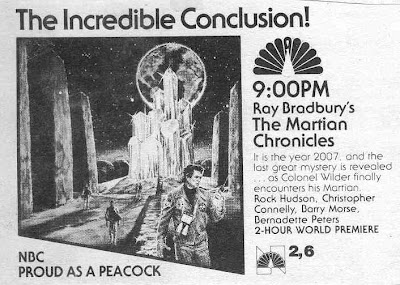 More ads from my collection, this time for the 1980 NBC miniseries, The Martian Chronicles, starring Rock Hudson.

I enjoyed this three-part television miniseries adaptation of Ray Bradbury's classic novel/story cycle as a kid, and when I bought the DVD a few years ago, I enjoyed watching it again. Helmed by Logan's Run director Michael Anderson from a teleplay by the great Richard Matheson, The Martian Chronicles was something of a television event back in the Winter of 1980. It's far from perfect - the effects are remarkably primitive for a post-Star Wars production, and the adaptation lacks much of Bradbury's poetry - but it has a fascinating cast, an occasionally eerie atmosphere, and was remarkably ambitious for its time.

I expect I'll be writing a full review one of these days.
Posted by Christopher Mills at 6:26 AM