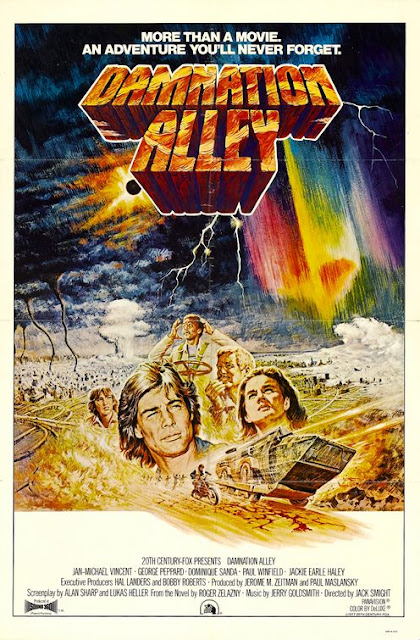 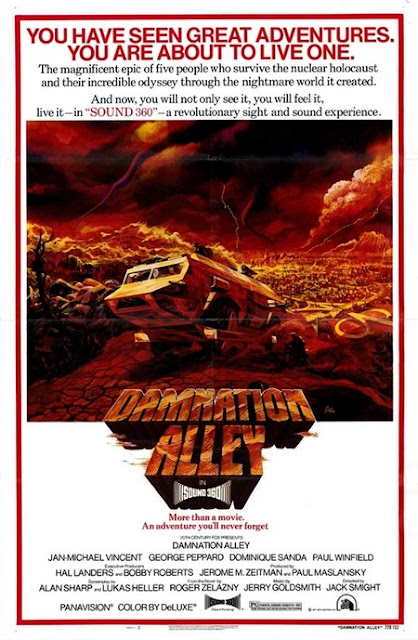 Another pre-Mad Max post-Apocalypse cinematic adventure from the 1970s was Damnation Alley, released the same year - and by the same studio - as Star Wars, but about as different in quality and impact from Lucas' epic as you can imagine.

Aside from the admittedly impressive 12-wheeled Landmaster vehicle, the film is remarkably cheesy (a word I generally try to avoid on this blog, but it's the only one I can think of that actually fits in this case), which is a shame, since the production had a huge budget, an experienced director, and a fine Jerry Goldsmith score.

Interestingly (well, I think it's interesting), I always assumed that Filmations' Ark II - both the show and it's titular vehicle - were inspired by Damnation Alley, but Ark II actually came first, debuting more than a year before the 20th Century Fox movie was released!
Posted by Christopher Mills at 12:05 AM