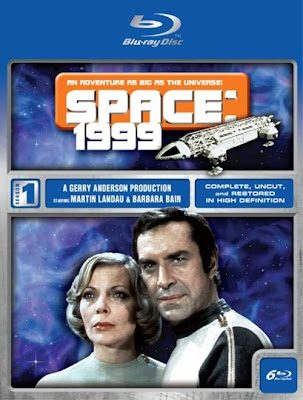 Amazon.com is taking pre-orders already (see the link below) for a 6-disc set that the package describes as "complete, uncut and restored in high definition." Amazon's listing does not indicate a release date yet - it only says that "This title has not yet been released. You may pre-order it now and we will deliver it to you when it arrives." Suggested Retail Price is apparently $99.95, but Amazon is pre-selling it at the discounted price of $69.95.

Either way, it's still too steep for me. I'm going to have to read some extremely positive reviews of the transfers before I'll shell out that sort of cash to buy the series for a third time. I'm not really convinced that a show shot for 1970s television resolution really needs to be presented at 1080p HD - hell, even a standard DVD betrays an awful lot of Brian Johnson's otherwise exemplary effects work by showing the wires supporting the miniatures. Of course, if someone wanted to buy it for me, I wouldn't object....

Posted by Christopher Mills at 2:27 AM