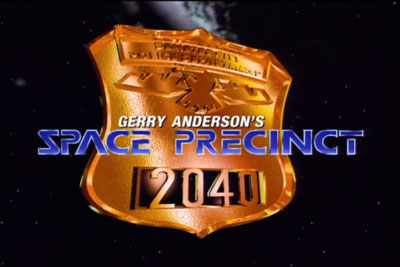 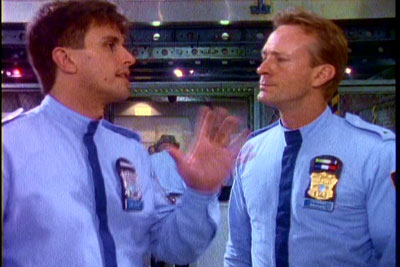 Two New York City police officers get transferred to a new beat in Space Precinct (1994-95), a British science fiction police procedural created by producer Gerry Anderson (UFO, Space: 1999). Syndicated in the U.S. in the mid-90s, the show usually aired in late night/early morning slots and thus, failed to garner much of an audience. But it's a pretty interesting show, and even though it's not from the Seventies, it may be of interest to Space: 1970 readers - partly because it's a Gerry Anderson production, and partly because of the retro nature of the effects and storytelling. 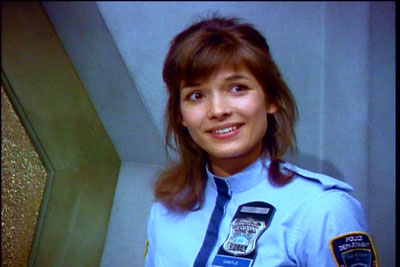 Set in 2040 (a mere 30 years away!), Ted Shackleford (Dallas, Knot's Landing) plays Lieutenant Patrick Brogan, a married NYPD cop who is transferred to the Demeter City police force on the planet Altor. There, he and his human partner Jack Haldane (Rob Youngblood, Melrose Place), must work side-by-side with a variety of extraterrestrials to uphold the law and solve a wide range of crimes committed by rogue aliens and Earthmen alike. 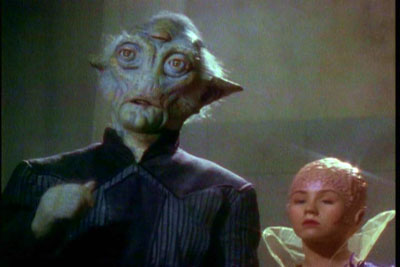 It's a weird show, especially for the mid-90s. The many rubber-masked aliens, 70s-esque special effects (Miniatures! Yay!) and production design makes the show kinda look like it's for kids, but the scripts, direction and performances are almost completely cop show-serious. This confused a lot of American TV programmers in the 90s, who didn't know when to schedule the series, dooming it to late night slots between infomercials. This didn't exactly lead to high ratings, so the show only lasted one season - oddly, it was reportedly very popular in many European markets, though. 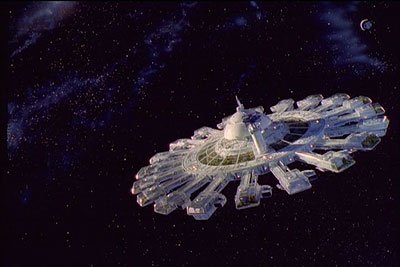 The performances are generally okay, and the quality of the scripts vary from the mundane to the pretty good. Every once in a while, the writers even manage to come up with some solid science fiction ideas, although the series is police procedural first, sci-fi second. The special effects are also inconsistent. There is some limited, low-budget 90s CGI here and there, but most of the FX utilize Old School-styled miniatures and on-set practical gags. Most of the miniature work is excellent (some great pyrotechnics in particular), but other model shots are all too obvious. The make-up and creature effects are also ingenious, if not always entirely convincing. 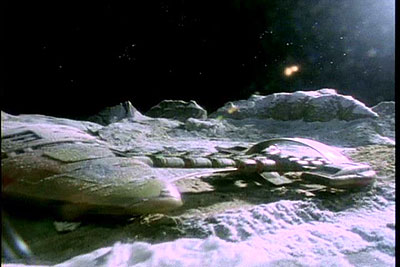 Sets are - understandably, considering the budget - cramped, but are fairly-well designed. Series directors included 007 veteran John Glen (For Your Eyes Only, Octopussy, Licence To Kill), Alan Birkinshaw (Invaders Of The Lost Gold) and Piers Haggard (Blood On Satan's Claw).

Image Entertainment brings all 24 episodes of Space Precinct's one and only season to Region 1 DVD in a nice, if bare-bones, 5-disc set. The episodes are presented in their original, 1.33:1 "full-frame" aspect ratio with Dolby Digital 2.0 audio. The transfers are a bit soft and grainy, but I'm guessing that's more due to the fact that the show (like many other 90s adventure shows) appears to have been shot on 16mm film rather than any flaw in the transfers. There is no notable print damage, specks or other artifacts, and the episodes appear to be uncut, complete with original commercial "bumpers." There are no bonus features whatsoever.

Fans of Gerry Anderson's UFO and Space: 1999 - or anyone looking for 70's-styled sci-fi - may want to check it out. It's not a great sci-fi show, neither is it a great cop show, but it has its charms. It can be purchased from Amazon here: Space Precinct: The Complete Series

Posted by Christopher Mills at 5:49 AM